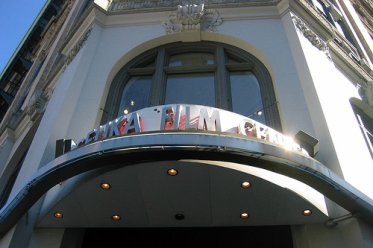 Going into Manhattan as a teenager was a special occasion. Before that, the extent of my travels into “the city” was the yearly trips in with my parents to see a show or go to an art museum. I was always mystified by all New York had to offer and once I had the chance to choose what to take from it, I was in heaven.

As a fan of film and a budding screenwriter, Manhattan opened the door to more cinema opportunities than I ever thought possible. I’ll never forget my first trip to the Angelika. I was more than accustomed to the idea of a multiplex but never one that specifically showcased independent films. These weren’t just any indy films either. These were the hottest independent films of the day, many in exclusive engagements, playing nowhere else in the city at that time. From the moment I stepped inside the theater’s lobby, I knew this place was to become a regular addition to every trip into the city I made.

As the 90’s came to a close, I would still frequent the Angelika along with the local theaters of my native Westchester like the Fine Arts and Greenburgh Cinema 100 whenever I wanted my indy flick fix. Something was happening though and I was starting to notice it even then.

In 1996, four of the five Best Picture Nominees were independent films. The slate of directors like Mike Leigh and the Coen Brothers seemed better fit for Cannes than Hollywood. I didn’t give it much thought at the time, but looking back on it, how was it not inevitable that the industry would cash in on this growing contingent. A couple years later, I saw “Rushmore” at my local multiplex thinking it would be a standard comedy. Only when it was over did I realize that Wes Anderson might have had his bills paid by Buena Vista, but he was very much an independent director.

Ever since then, it has become commonplace to find films I once thought to be pretty independent at my local mainstream theater. The line has been blurred so much that just about anything but the most esoteric film is bait for mainstream release. With films like “Crouching Tiger, Hidden Dragon” and “Life is Beautiful” leading the charge, even foreign films can be found at just about any theater.

Living in Hollywood now, I even get to take advantage of a multiple-tiered format of independent film distribution. There’s the Laemmle Sunset 5 that serves as an Angelika West, dishing out films that are strictly independent from the smaller studios. Then there’s the ArcLight though that fills its schedule with smarter mainstream films along with hybrid films(indy films with major stars “slumming it”). Of course, ArcLight will also show a straight-up independent film if it’s popular enough.

So what does this say about your local art house’s future? It really depends on the market
and the selection of films out at any given time. There have been some cases when I’ve visited a theater specializing in indy films and the lines are just as long as ten years ago. However, that film with all the buzz quickly loses its significance when the success spurs the studio to play it in every theater in town.

We’ve seen plenty of stories in the past few years about theaters resisting playing films such as “Brokeback Mountain” and most recently, “Death of a President.” Well maybe those films should not have been slated to play those theaters in the first place. Mass distributing films from labels such Focus Features and The Weinstein Company lends the message that these films are fit for all marketplaces. Well they’re not and overshooting the estimate will only cause more stories on the newswire about how one theater wouldn’t show a particular independent film.

I love independent films(which by the way, I classify as films made by small studios or at least the specialty divisions of larger ones. I know some would disagree so we’ll save that definition argument for another day) as much as the next person so I think it’s time the studios keep them where they belong. Not only so your and my favorite art houses are saved from the wrecking ball but because the differing landscape of movie theaters is what makes them so special. Besides the aesthetic divergences, what a theater shows and its purpose in its given community factor into its uniqueness and make the moviegoing experience all the more rewarding.

(Thanks to Wallyg for sharing the photo of the Angelika up top.)

For comments on the articles or the blog itself, feel free to email me whenever.