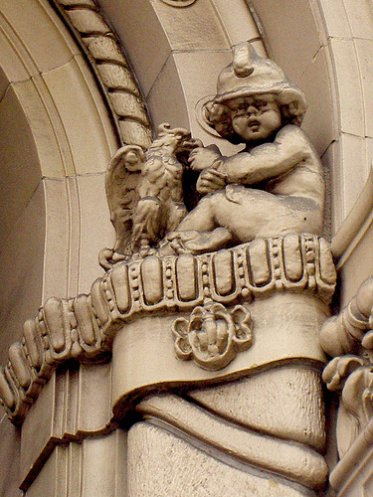 When it comes to neighborhoods with potential, downtown Los Angeles is about as rich as it gets. In it houses the largest collection of pre-war movie theaters still standing anywhere. While cities like New York and San Francisco have all but done away with their treasures, their Los Angeles counterparts are still in existence, albeit most in a shuttered state.

In this case, the area’s decline actually helped preserve the history. Instead of the land cost rising so enormously that supporting a theater seemed like bad business, the historic core of Los Angeles has yet to fully recover from its urban plight of the latter half of the last century. For that reason, keeping the theaters up for film shoots, special events or even storage is as practical a use as any these days.

However, a revival has been slowly gaining speed. With the western business corridor of downtown already in the midst of its renaissance, eyes are starting to turn towards the entertainment center, Broadway. Numerous theaters are making a steady income, but one classic has yet to be revitalized, one of the earliest palaces still standing in its ranks, the Million Dollar Theater.

This is the palace Sid Grauman built before the Chinese or even the Egyptian. Its opening on Broadway in 1918 ushered in a new age of extravagance in L.A. theaters. Since closing for movies, it’s had new life as a church but that even stopped years ago. Since, it’s one of the last large theaters intact on Broadway that’s still not operational for performances.

Hearing conflicting rumors swirling around the past few years regarding its return, I figured it was about time I went straight to the source. I got on the phone with the Million Dollar’s owner, the Yellin Company, and they put me in touch with its current tenant Robert Voskanian. I’d heard that he had planned to reopen it again after some renovations but I wasn’t quite sure which stage they were in or the extent of their plans:

CT: Where are you at in the restoration process?

Voskanian: We only finally took the theater over 3-4 months ago. We even only got the key 2 months ago. Since then, we’ve been focused on renovation only.

CT: I’ve heard about structural problems with the proscenium and that it has not been properly retrofitted?

Voskanian: The Yellin Company allowed us to take over the theater with the understanding that we’d fix this problem. It’s already been taken care of.

CT: When do you foresee the theater being open to the public?

Voskanian: We’re hoping for the theater to be open by the end of February or early March.

CT: What are your plans for the theater?

Voskanian: Right now, we’re open to any type of proposal. With over 2,000 seats, we can do just about anything. We would consider movies, theater, etc. Basically, we’ll consider anything that’s brought to us. For the time being though, we’re just concerned with construction within the theater.

CT: What about use as a nightclub?

Voskanian: That was mentioned around but it’s not the case. I’d love to have comedians come in some nights or host film festivals. I have no intention of making it a nightclub.

CT: In five years, where would you like to see the Million Dollar Theater?

Voskanian: I’d like to have plays there. We could be another New York. London, New York and Los Angeles are the only cities with the amount of theaters to warrant a live circuit. Why not? It could be done. With more and more people, mainly professionals, moving to this area it seems inevitable. Ten years ago you’d never see young couples walking around the neighborhood at night. Today, it’s normal. Sooner or later, people will come downtown.

If this theater reopens, it will definitely be a step in the right direction for the neighborhood. Hopefully, movie studios would go out on a limb and host more premieres on Broadway. Having the theaters open for film shoots is a good thing but in order to really bring back the luster of this block, they’ll have to be open to the public regularly for events.

Reestablishing a city’s downtown relevance is always a tricky operation. Bring too much money down there and the theaters will be gone in no time to make way for Cheesecake Factory and the Gap. If you look at some success stories in America like New York or Las Vegas, the commercial centers of the city are what they are because they offer locals and tourists something they can’t get elsewhere. In one case it’s live theatre and in the other gambling.

If Los Angeles' Broadway theaters are to survive they need to take advantage of what Los Angeles has more than anyone else, entertainment celebrities. Bring famous directors and movie stars that never graced the stage to act in productions and people will eat it up. Even throw in big name comedians to be in residency at one of the showplaces. If not that, bring something to these theaters that’s unique. We all know first-run movies aren’t going to do it anymore so it’s time to take the show to the next level. Maybe the Million Dollar can lead the way.

(Thanks to Tales of an LA Addict for providing the photo.)

We encourage you to share your thoughts on the subject. For comments on the article or the blog itself, feel free to email me.

That’s a really exciting article Michael! I didn’t realize you were working as a reporter for Cinema Treasures. I would like to see more content like this. It is good for operators too.

Very good article Michael. Keep ‘em coming. Here’s a link to one of the best site’s I ever found about Los Angeles. Within the main home page are links (in the table of contents) that will take you to pages about the direction the “downtown city center” and the “movie palaces of the Broadway theatre and shopping district” are headed. Three local guys co-author this site. http://www.geocities.com/los_angeles_coast/

Excellent article…you hit on many topics and issues that we all face with our respective beloved theatres..keep it up.

Bravo, MZ! You asked the questions I’d want to ask, and got most of the answers I’d hope for.

You’re right, keeping these theatres is a dicey situation. New York City has none left. All the old movie palaces are long gone, lost to gentrification, torn down for bland office buildings, or just left to rot with no hope of restoration.

It would be wonderful to see these old theatres restored to their former glory. A mixture of movie festivals, celebrity appearances and theatrical events sounds ideal. If they find the right person/people to make all that happen with the kind of theatrical showmanship necessary to make the experience memorable…

At one time a very famous organist, Gaylord Garter, played a Wurlitzer theater pipe organ in the Million Dollar theater. The organ has been gone for quite some time now, however you might consider installing another Wurlitzer theater pipe organ to fill empty organ chambers in this theater! Many theaters from coast to coast have re-installed these wonderful old pipe organs and have used them for concerts and silent movies! It is a fantastic art form that all us organ buffs love! Right in your own city, the El Capitan Theater has one! They put on quite a show! There is no other sound in the world like one or as beautiful as one of these theater pipe organs in a theater! Something to think about, as it is good wholesome entertainment for the whole family! Talk about something unusual and a draw to your theater! WOW!

This theater tried first run films about ten years ago. I don’t know who owned the theater then, but I do recall driving by and seeing a Will Smith movie on the marquee. The success of the Million Dollar is dependent on Angelenos willing to go downtown on a weeknight. The Orpheum has had some success with this. It’s interesting that the Last Remaining Seats program draws lines of people on Tuesday and Wednesday nights, but whether that will happen more than once a year is unknown. You also have to consider the entertainment center being built near Staples Center which will presumably include a megaplex. This will siphon off available patrons for the Broadway theaters.