When will retro be more in style? 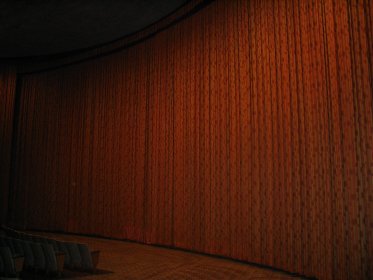 When it comes to classic movie theaters still standing, we certainly don’t have an embarrassment of riches. Sadly when I think of all the articles I edit about opening/closings, we have a disproportionate number of the latter. When it comes to the lucky survivors though, they often make it to the next chapter of their lives through the implementation of a mixed-use policy. A lot of old movie palaces exist today because they can offer live theatre and concerts as well as film. Where does that leave the great theaters built during the sound age that don’t have stages?

Maybe it’s the fact that people can’t identify with the style(certainly a simpler departure from the deep themes of the theaters built before them) and maybe it’s the lack of usage possibilities, but the postwar single-screeners seem to have been rapidly depleting even more so than their predecessors. There obviously weren’t as many single screens built after the war, but still. With some of the most key examples of the 60’s and 70’s like the Indian Hills Theater, Cine Capri or the UA Cinema 150 already gone, one wonders if any will be around in another ten years.

With the closing of the Mann National last night, Los Angeles might still have plenty of great theaters to rest on but an irreplaceable treasure has been lost. The special time-warped feeling anyone with a pulse would get from walking in there is something even the most thoughtfully produced theater today could not replicate.

I’ve yet to be able to get anyone on the phone at Mann to talk to me about it so we can only assume the obvious. The exclusive engagements are a thing of the past. With a new multiplex at Century City and plenty of options in Santa Monica, the average Westside moviegoer has been over-saturated and probably isn’t going to see the one movie playing at the National. For years, they haven’t even been getting the most high-profile pictures in the marketplace, but instead settling for family films/romantic comedies along with the Village and Bruin’s leftovers. With the intersection of Gayley and Lindbrook being one of the most visible in Westwood, the value of the land sure exceeds the receipts the National is bringing in on the average week.

I’m sure going to miss it though. What I like most about the style is how it’s so understated. I love lavish palaces with all the ornamentation but this 60’s/70’s style was clearly a product of its time(as opposed to alluding to another era). Theaters like the National really are living breathing objects of their decades.

What could be most tragic about its closing is what the theater came from. Here was a theater that 25 years ago was one of a handful showing “The Exorcist” in all of the United States. Now, barely an afterthought for most people living in a city built on movies. With premieres going down somewhere almost every night of the week, the National rarely gets one anymore.

Since the news of its closing came so recently, we can hope that maybe they’ll be another extension on its lease. Another chain or private investor could always pick it up. My money though is on the students of UCLA having a new place to buy affordable clothing at Old Navy Westwood, on Gayley and Lindrook. Only time will tell the next chapter for the vanishing treasures of the 60’s/70’s.

To those there for the final show last night, hope you cherished it as much as I did. Despite the fact that there was absolutely no fanfare courtesy of the theatre’s management, the theatre itself lived up to its legend with its booming sound and enormous picture. When the curtains fluttered shut for the last time, something majestic was left in the air. 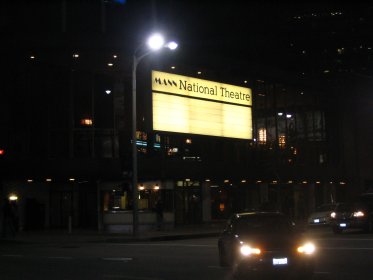 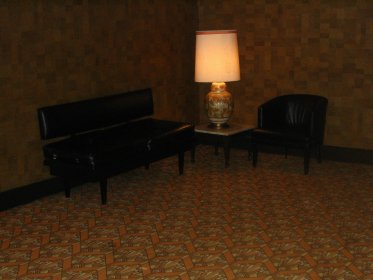 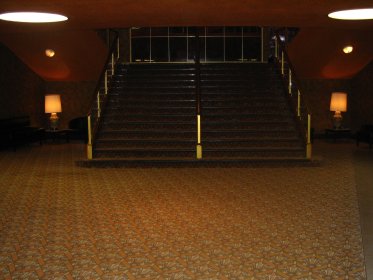 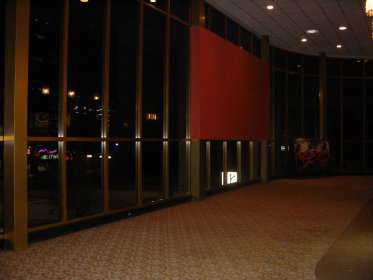 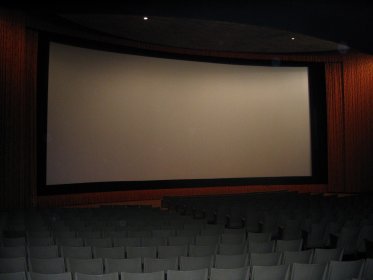 In my city i know what its like to lose every last one of these so i relate completely.This looks like a great place.

What a place. Wish I could of been there Michael! After running Zodiac I had planned to check it out at some point, but oh well.

Thank you, Michael, for a heart-wrenching article and the wonderful array of photographs on the NATIONAL THEATRE.
Just think of the number of multiplex “boxes” who began as an acorn and flourished into a giant tree. We really need to save the few remaining single screeners for future generations.
Here in America, we simply tear just about everything down as soon as it’s classified as “old.” And that is why Americans love to travel to Europe… to see the old buildings preserved for our future generations; Castles, Churches, Cathedrals, Abbeys, Pyramids, Stately Homes, Palaces AND theaters, etc.
I think San Francisco may have suffered the worst annihilation of theaters… close to 40 in a 30-year period. It’s insane!
The film stars of today need to step in and with support by actually going to the movies like the patrons and be seen. The movie fans will love it.
I well rremember sitting close to Malcolm McDowell at a regular screening of “Clockwork Orange” in Salt Lake City and Nicholas Cage was in the same row as me at the Castro Theatre in San Francisco… I was thrilled at those and other similar occasions but retained the courtesy to allow them to enjoy the program.
This practice will certainly help boost the box office receipts!

Truely a sad loss. This was my favorite theatre in LA and it represented its era of spectacle: Giant Screen! Big Sound! Larger than life! Movie going as an event!. The Village is great and all, but it will never match the National in terms of wide-screen spectacle. It is sad that is seems a building of this era cannot be protected. If the Village or Chinese were threatened by demolition, there would be angry demonstrations and calls to protect a “classic theatre”. Not so for the National. Just a small group of fans who came to the last show and were lucky that the management let us snap some pictures.

Regency Theatres, can you rescue this one?

Or how about the American Cinematheque?

This the second theatre Mann has closed this year. They closed the Culver Plaza back in March. I will miss this place. RIP Mann National. This was the best place to see a movie. The last film I saw there was Brokeback Mountain in January 2006. Even then, the theatre presentation was top notch. Sadly, the appearance was so-so. It was obvious that the theare’s age was showing. I hope someone will save this place. Maybe the same people who run the Culver Plaza can save that place.

Alamo Drafthouse, you COULD move out west and set up shop here… ;)

Since i’m not from the area, is there any hope to another chain acquiring this place?

With no disrespect to the prior eras of cinemas, I truly love this age of theatres. Mark you are exactly right. Big everything! A day when 1, 2 and 3 screen theater ruled the landscape.

Adam has posted my closing night shots of the national on Cinematour.

And somebody on Cinema Treasures claims the National will reopen under a new operator on May 11th. True? or speculation?

What a beauty!!! We haven’t had one of these here in Jersey for over 20 years. Hope it gets saved from the wrecking ball. As for the comment by a_projectionist, I feel your pain. I’ve been a projectionist for over 30 years, and I say the same thing, man I was born in the wrong era too! (1959)