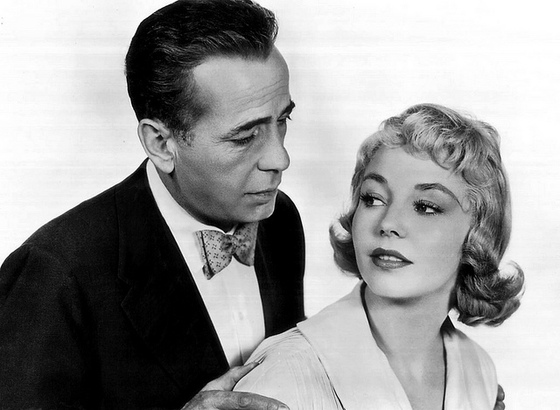 A comedy by Alfred Hitchcock? That may seem like a very odd idea indeed. But it works surprisingly well – think of the whimsical black humor of a Charles Adams cartoon. One trouble with Harry is that he seems to pop up everywhere at the most inopportune moments. Another, even more vexing trouble is that he’s dead. The scene is a picturesque Vermont town where, as it develops, everyone seems to think they may have had something to do with Harry’s demise, and so everyone seems to be conspiring to try to keep the late Harry hidden. Hitchcock had a fondness for eccentric, comic-relief characters – think of Thelma Ritter in “Rear Window” or Leo G. Carroll in “North by Northwest” – but here he gave them a movie of their own. And while most of the Master’s films offer some hint of his dry and barbed sense of humor, here it takes center stage. The characters are amusingly unconcerned with the fact that Harry is dead, and his body — repeatedly dug up, dragged about, and reburied — is shown a casual disrespect that is both funny and jarring. Bernard Herrmann’s playful music score perfectly complements the mood. “The Trouble With Harry” was not a hit when it premiered, but it has gained much appreciation over the years. It was also one of Hitchcock’s own favorites.

In this exquisitely dry comedy with a witty script by Truman Capote, Humphrey Bogart stars as one of five less than reputable adventurers who are trying to get uranium out of East Africa. Bogart’s associates include pompous fraud Robert Morley, and Peter Lorre as the German-accented “O'Hara”, whose wartime record is forever a source of speculation and suspicion. In addition to its well-plotted, always unpredictable script, the film succeeds magnificently because of uniformly excellent performances. Bogart gives his usual romantic/cynic role an enjoyably light turn and creates superb chemistry with Jennifer Jones, who portrays the female half of a seemingly proper British couple who become enmeshed in the machinations. Surprisingly, the film was a box office failure when it was new; indeed, for the rest of his life Bogart, who had invested in the production, unhappily remembered how much money he lost on it. This wasn’t Bogie’s only light role, but of course he wasn’t known for comedy. Maybe for this reason, along with the fact that the film’s wit is so perfectly dry and played with such a straight face, audiences weren’t expecting, or didn’t even know they were watching, a comedy. But no matter its cause, the initial lack of appreciation for “Beat the Devil” has been corrected by later audiences, and the film is now a cult classic.

“Fast” really doesn’t begin to describe the pace of Billy Wilder’s comedy “One, Two, Three”. The satirical jokes, asides and out-and-out farce come so fast you’ll almost feel out of breath. James Cagney is a calculating Coca-Cola executive in West Berlin just before the construction of the Berlin Wall. The film sends up everything from soft-drink capitalism to Communist hypocrisy, Soviet disorganization, male lechery, post-war Germany and American pop culture. In a world where twenty year olds have no living memory of the Soviet Union, some of the references may seem a little dated – but the scattershot satire still offers plenty of potent barbs. And even more importantly to the enduring fun of this movie, Cagney gives a mesmerizing performance, perfectly modulating his tough-guy persona and signature delivery for rapid-fire comedy. The only unfortunate thing about the movie is that the frenetic, near manic pace Wilder imposed throughout filming convinced Cagney he was tired of making movies. This was his last starring role, and next-to-last appearance of any kind on a movie screen. But what a way to go out!