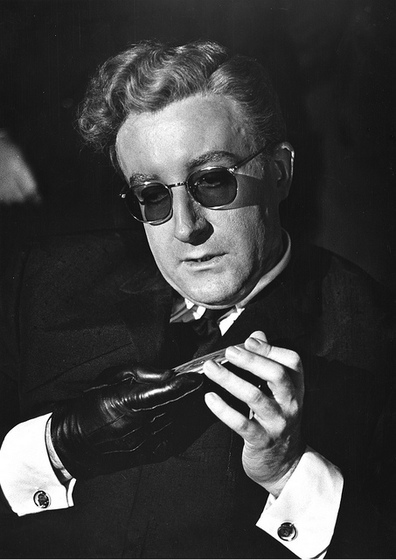 Refractions of War, On Screen

Fri., April 26 8PM “All Quiet on the Western Front” Starring Lew Ayres, Louis Wolheim, John Wray, Raymond Griffith. Directed by Lewis Milestone. Academy Award Best Picture of 1930. 1930, 103mins, B&W. One of the most powerful anti-war statements ever put on film, this wrenching story concerns a group of friends who join the German Army during World War I and are assigned to the Western Front, where their fiery patriotism is quickly turned to horror and misery by the harsh realities of combat. Director Lewis Milestone pioneered the use of the sweeping crane shot to capture a ghastly battlefield panorama of death and mud, and the cast, led by Lew Ayres, is terrific. The film is notable for its sympathetic setting in the German army (albeit Imperial, not Nazi) – unusual among American and British films. Eighty three years, and a host of later, more technically advanced films have not dimmed the impact of this movie at all. Its final scene remains one of the most powerful, and disturbing, ever shown in an American film. The film won the Academy Award for Best Picture and for Milestone’s direction (in what was just the third year of the Academy’s existence). Trivia buffs should note that the actors were coached by a young George Cukor. Ayres was so affected by his role that he became a conscientious objector in World War II.

Memories of the First World War — of mud-filled trenches, war seemingly without hope of end, weary troops sent on suicide missions by callous, incompetent generals of the old Great Powers – may seem like the stuff of distant, dusty history books. But in 1957 a young Stanley Kubrick reached back, past the much more recent WWII, to an incident in The War That Did Not End All Wars to tell one of the most gripping stories ever filmed, a devastating anti-war statement that is timeless, foreshadowing Vietnam and even more recent military entanglements. Kirk Douglas, who produced the film when the major studios passed on the project, plays a French colonel who is ordered to lead men on an impossible assault by superior officers more concerned with their own vanities and reputations than tactics. To deflect criticism after appalling casualties, one of the generals insists that the failure of the mission was due to cowardice in the ranks, and maneuvers to have three men executed. Douglas attempts to defend the men, but runs afoul of the corrupt system. All of the acting is superb. Douglas’ usual intensity is well channeled into believable indignation and a determination that’s tempered by an undertow of weariness. Veterans Adolphe Menjou and George Macready play their parts of the corrupt generals to a perfect turn. And the actors playing the ordinary soldiers caught in the tragedy make their characters seem all too real and wholly worth caring about. The script, co-written by Kubrick, couldn’t be tighter. And Kubrick’s direction is extraordinarily sure-handed and typically detailed. The black and white cinematography creates memorable, powerful images. The film was not a major hit in the United States when it was released, and it touched still-raw nerves in Europe where some countries managed to delay its screening, in a few cases for years. But the film has steadily grown in stature, and is now appreciated as one of the greatest war films ever made – a movie everyone should see.

Dr. Strangelove is widely regarded as one of the screen’s greatest satires, a film that superbly encapsulates the fear, paranoia and “MAD-ness"of the Cold War. Nuclear war is planned by a crazed general who is upset about fluoridation of drinking water. A mild-mannered American president tries to figure out what to do even while hawkish advisers gleefully plan for war – until the Soviet ambassador threatens retaliation with a Doomsday Machine. Barely two years after the world trembled during the Cuban Missile Crisis, Stanley Kubrick dared to make a film about what could happen if the wrong person pushed the wrong button — and played the situation for laughs. Dr. Strangelove’s jet-black satire and a host of superb comic performances (including three from Peter Sellers) have kept the film fresh and entertaining, even as its issues may seem to be (slightly) less timely. (Although at this writing, rumblings on the Korean peninsula are a fresh reminder that we have not really moved out from under the long shadow of The Bomb.) There is not a sequence in the film in which the dialogue is not quotable — indeed, there are so many well-remembered moments that viewers and critics will differ on the best, though certainly the sight of Major Kong (Slim Pickens) waving his cowboy hat as he rides the Bomb down is among the most enduring images of its era. As was consistently the case in his career, director Stanley Kubrick brilliantly matches actors with their roles, from Peter Sellers' tour de force three-character performance, to the screen debut of James Earl Jones, whom Kubrick had spotted in a stage play. Similarly, George C. Scott, who plays the hawkish general Buck Turgidsdon, considered Strangelove among his greatest screen achievements. Every performance is top-notch, and many Kubrick trademarks can be found in the film, from the visual style to the shift to a hand-held camera when the Air Force base is attacked to the sparse and ironic use of music.

Sally Kellerman In Person Hosting “MAS*H” Screening With book signing of Read My Lips, her new autobiography And on-stage interview.

Admission: $8 for Adults, $6 for Seniors (65+) and Children (12 & younger). The Loew’s Is Easy To Get To: The Loew’s Jersey Theatre, at 54 Journal Square, Jersey City, NJ, is directly across JFK Boulevard from the JSQ PATH Center with trains to and from Lower and Midtown Manhattan and Newark’s Penn Station, and is minutes from the NJ Turnpike, Rts. 3 and 1&9 and the Holland & Lincoln Tunnels. We’re easy to reach by car or mass transit from throughout the Metro Region.

(Thanks to Photofest Inc. for providing the photo.)