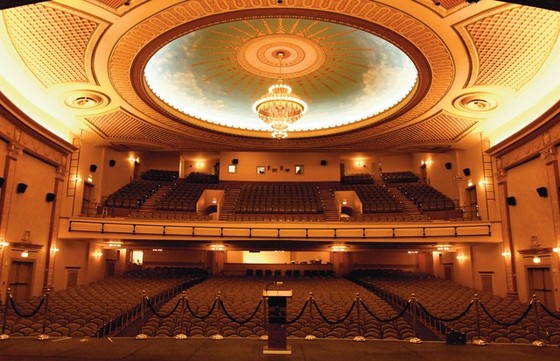 RED BANK, NJ — Count Basie Theatre staff announced its 2013 annual gala called “flick” a month-long celebration of Film and the New Jersey film industry that will kick-off May 14 with a free screening of the documentary film “Sound City” and culminate with a gala celebration and concert on June 14 with 6-time Grammy award and 2-time Academy award winner Randy Newman.

There will be several “flick” events in between including a curated Q and A “actor’s studio” type of evening with Joe Pantoliano “Joey Pants” on June 6 curated by John Bathke. Proceeds of the “flick” gala will help upgrade the Basie with digital and satellite technology. “The Count Basie Theatre has a rich history of film since its inception,” said CEO Adam Philipson, “this event will honor the contributions of film and filmmakers in the State – from directors to grips – and help move us into the 21st Century.” For more information contact Shannon Eadon Director of Development at 732-224-8778 ext. 128.

(Thanks to the Count Basie Theatre for providing the photo.)