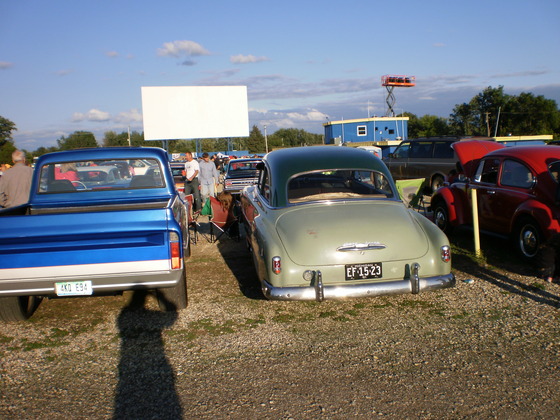 FLINT, MI — More than 2,000 vehicles jammed the US 23 Drive-in Theatre. Along with the classic vehicles and the DJ spinning oldies, there was also a fashion contest, a dance contest and a singer performing songs from the feature film “Grease” which was shown on two screens at 9:30 pm. Prior to the film was a special trailer celebrating the 80th anniversary of the first drive-in theater in Camden, NJ.

A Facebook page with a photo gallery can be found here.

(Thanks to Gary Flinn for providing the story and photo.)