NY on screen at the Loew’s Jersey - starting April 25 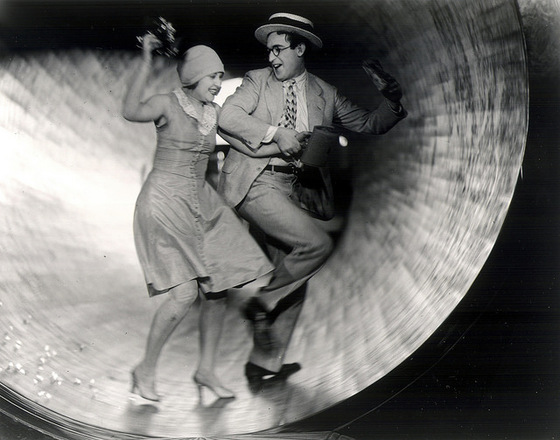 “The French Connection” is among the most influential movies of its era, helping to reinvent the police drama and action film genres. The signature car chase is one of the best known sequences in all of cinema, and along with “Bullit” was the inspiration for countless chase scenes that followed in film and TV. But though so many later films, from “Dirty Harry” to “Lethal Weapon” were made in the mold of “The French Connection”, few so successfully capture a street realism and blend it with both intelligent dialogue and fast pace. Of course, there is also the Oscar-winning performance by Gene Hackman as “Popeye” Doyle, a hard charging, “bad cop”. His partner played by Roy Scheider is the “good cop” counterpart, and they are constantly at war with each other as well as with the bad guys. Based on a true story, the two try to chase down a French drug kingpin, a hired killer and a couple who are the local fronts for the drug ring. The film won five Academy Awards, including Best Picture and Best Actor for Hackman.

Newly Restored 35mm Print. A seven year old boy named Joey is tricked into thinking he has killed his 12 year old brother Lennie. Frightened and heart sick, the boy runs away from his Brooklyn home, traveling the fantastical and slightly scary subway to an even more fantastic – and scary – refuge: Coney Island of the 1950s. Joey’s wanderings and his brother’s search for him make for an adventure that chronicles the lost world of ‘50s New York – and especially Coney Island – in wonderful detail.

If this sounds like a minor movie, you haven’t seen it: True, it is quiet and unpretentious –and also stunning; tiny in scale but enormous in effect. How can that be? The film’s innovative use of hand-held cameras and staccato editing techniques of all on-location footage establish a rough-and-tumble, documentary-like edge that’s perfect for the seemingly “small” story of a run-away boy. But the settings — the distinct sights and sounds of city streets, the subway, and of course old Coney Island’s rides, midways and crowds – juxtapose a larger feeling. It all looks so real, but refracted through the unaffected perspective a young boy. There are gorgeously composed shots, rich in detail, that impart a vivacity and vividness. And the boy who plays the lead gives a remarkably natural performance, free of any hint of acting. Because of all this, you will find yourself slipping into a distantly familiar feeling – the unaffected wonder and sometimes fear that children feel when they try to understand the world by themselves. No other film re-awakens this memory from childhood more effectively and honestly.

It is an utterly engaging movie with heart and soul that doesn’t devolve into the cloying manipulation so often associated with films about kids.

“The Little Fugitive” was highly acclaimed upon its initial release, scoring an Oscar nomination for “Best Screenplay” as well as sharing a Silver Lion award at the 1953 Venice Film Festival. It has often been cited as a formative influence on the American independent film movement. And Francois Truffaut said that “… (the French ) New Wave would never have come into being, if it hadn’t been for the young American, Morris Engel who showed us the way with his production, Little Fugitive.” It was included in the Library of Congress’ National Film Registry in 1997.

Yet somehow this wonderfully lyrical serio-comedy has fallen off many movie-lovers’ radar. But now you have a chance to discover it on the Big Screen in a newly restored 35mm print.

It has been more than 100 years since Harold Lloyd began making people laugh in the still-new movies. A century’s worth of funny films have come and gone, but Lloyd is still remembered as one of the greatest comedic performers the screen has ever known. Lloyd was as popular in his day as Charlie Chaplin and Buster Keaton — but unlike those contemporaries, his persona was not a tragi-comic character. Instead, in movie after movie he played a good looking young man, a guy-next-door Everyman, a go-getter with unwavering confidence and optimism – someone 1920s audiences could easily identify with. His signature look didn’t come from heavy make-up, false mustaches or outlandish costumes, but instead a simple pair of round horn rimmed glasses.

Lloyd is probably best known today for the now iconic “thrill sequences” of extended chase scenes and daredevil physical feats that his movies typically contained. But his films also had strong plot lines to support his character, and Lloyd surrounded himself with a crack team of gagmen who came up with endless comic bits that flowed naturally from the story.

“Speedy” was Lloyd’s last silent film, and one of his most charming. Lloyd’s character is as always an upbeat young man determined to make good. His girlfriend’s grandfather runs the last horsecar line in New York, and the electric trolley magnates want to take over his route. The old man has to travel his route at least once every 24 hours to maintain his franchise. So the magnates hire thugs to stop him, but Lloyd catches wind of their plot and takes over the route to protect his gal’s grandfather. It’s a good story with plenty of gags and typical Lloyd thrills and chases along the way – including a spectacular crash that reportedly was a real accident that was incorporated into the film.

But “Speedy” has even more to recommend it: Great location filming in 1920s Manhattan, including Wall Street and Columbus Circle. And there are even more famous scenes shot in Coney Island, including Steeplechase Park and the original Luna Park. And baseball fans will enjoy a cameo by Babe Ruth, who Lloyd takes on a wild cab ride that ends at the old Yankee Stadium.