3 Classic Movies About the Movies at Loew’s Jersey Theatre 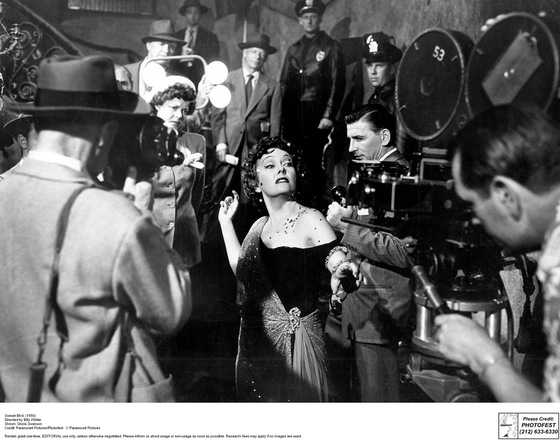 Ethan and Joel Coen’s stock-in-trade is to serve up a smorgasbord of quirkiness and kinkiness where nothing is what it seems and nothing turns out as planned — so Old Hollywood is a tailor-made setting that they make the most of. John Turturro is the title character, a 1940s socialist playwright based on Clifford Odets, brought to Hollywood to work inside the studio system. So from the outset, it’s obvious that this is going to be a whale (pardon the pun) of a fish-out-of-water story, and as Barton encounters some of the other inhabitants of Tinseltown, he reacts with the innocence of a schoolboy and also comes down with a terrible case of writer’s block. John Goodman is a seemingly genial salesman who is Barton’s neighbor in the seedy hotel he’s staying in. There is a subplot with John Mahoney as a William Faulkner-inspired novelist and Judy Davis as his suffering secretary/mistress, which very nicely adds another layer to the assault that Hollywood is leveling on Barton’s personality. Then there is the tour de force performance by Michael Lerner as the boorish studio boss who hires Barton to write a wrestling picture — a character who anyone familiar with the history of Old Hollywood will recognize as a mix of two very real moguls: Louis B. Mayor at MGM and the even more infamous Harry Cohn of Columbia Pictures. Turturro is pitch perfect in the lead role, his physical appearance perfectly complementing his personification of the blocked writer. The story elements and characterizations come together to combine with the Coen brothers’ usual craftsmanship from script to cinematography — and create a striking, interesting and entertaining movie.

Screened at the Loew’s in a vault 35mm print. “Singin' In The Rain” is one of classic Hollywood’s relatively rare feature films about itself. Of course, it is also a musical — arguably the best ever made — and so the magnificent Arthur Freed / Nacio Herb Brown songbook is, on one level, the center of the movie. But even if you don’t like musicals, “Singin' In The Rain” offers something more: a humorous and insightful (if delightfully stylized) look back at the crisis that engulfed Tinseltown and those who worked on- and off- camera once synchronized sound came to film. Keep in mind that the movie was made just 25 years after the arrival of “the talkies”, so recent in time that there were still plenty of old studio hands (including sound department head Douglas Shearer) who had firsthand memories of the actual events being depicted and satirized in the script. The fit was natural for the music, too, since Freed and Brown had been on hand (and even onscreen) for the arrival of sound to MGM in 1929. Of course, the titular screen of Gene Kelly singing AND dancing in the rain is now iconic in our culture, imitated or referenced countless times in TV shows, commercial and even other films.

Billy Wilder’s “Sunset Boulevard” ranks among the most scathing satires of Hollywood and the cruel fickleness of movie fandom. Norma Desmond is a has-been star of the silent era who was quickly forgotten with the advent of sound — the same circumstance more gently satirized in “Singin' In The Rain”. Norma lives with her butler in her decaying 1920s mansion — amid faded trappings of fame and a hopeless dream of making a comeback. To further this lost cause, she hires Joe Gillis, a young and cynical writer, to pen a movie script that will be her comeback vehicle. Joe realizes that the script and comeback are hopeless, but he’s down on his own luck and decides to leech off of the aging actress. In fact, we meet Joe in the opening scene of the movie in an entrance that is not only one of the most unusual ever filmed, but which also instantly sets the movie’s bleak but darkly funny tone by caustically upending narrative convention: he’s floating face down in a pool. The story unfolds with Joe’s droll voice-over recounting of the events that led up to him becoming the late Mr. Gillis. Along the way we meet people who have risen, others who have fallen, and still others desperately holding on in the ebullient tide of Hollywood fame and fortune.

Like “Singin' In The Rain”, “Sunset Boulevard” was made less than a quarter century after the advent of sound and well within living memory of the downfall it brought to some in the movie business. Indeed, director and co-writer Billy Wilder made perhaps his most pointed and poignant statement about the ephemerality of Hollywood fame by casting real-life silent star Gloria Swanson as Norma Desmond and the once-acclaimed silent director Erich von Stroheim as her butler. William Holden, whose star had been slipping a bit, probably brought some empathy to his role as Gillis. Shot in black and white and infused with a noir feel, the looming ceilings, overstuffed rooms, and oblique lighting rendered Norma’s world alluringly sinister in its deteriorating decadence and delirium. Wilder’s script and direction deftly combined drama and bitter wit, fact with fiction, dream and reality – and sprinkled in enough Hollywood in-jokes and references to offend the studio moguls. But the movie won critical and popular acclaim, re-ignited Holden’s career, and immortalized Swanson.

The Loew’s is wheelchair accessible.

Thanks to Photofest Inc. for the image.