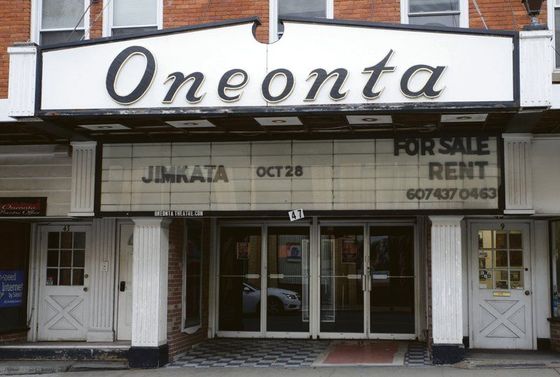 From The Daily Star: A Halloween bash at the Oneonta Theatre on Friday will be the venue’s last event, at least for now, the owner said Wednesday.

Thomas Cormier, who has owned the Chestnut St. property for seven years, said, despite his best efforts, he cannot afford to keep the historic building open.

Living 45 minutes away from the venue and juggling a full-time job and a family, there’s not enough time and energy left over for all of the work that goes into operating and maintaining the theater on the side, booking shows and preparing for events, he said. And it’s expensive.

“Temperatures are dropping,” said Cormier, of Burlington Flats, “and, once you turn the heat on in this building, you just can’t sell enough tickets or beer to keep up.”

The 27,000-square-foot building is for sale for $925,000, but that price is flexible, Cormier said, and he’s encouraging area arts groups and nonprofits to contact him with ideas. The property is not listed with a real estate agency.

“Nothing is off the table right now. I’m open to anything, a long-term lease or, if the right group came to me, split and donate. Any way this beautiful old venue can stay a part of this community,” Cormier said. “I’ve tried keeping it open so I could find a group to come in and take over. But it’s been a long time and I haven’t found that. This is my passion, I just can’t do it by myself anymore.”

As the seller, Cormier has been approached by several interested groups. People “mean well, but nobody can really step up and take the reins,” he said.

“I had an offer a year-and-a-half ago, but I turned it down,” Cormier said. “I didn’t want to see the building knocked down. My main concern is to find a future for it.”

Phone messages left for the Friends of the Oneonta Theatre, a group formed in 2008 to preserve the historic site, were not returned by Wednesday night; Cormier said the group is defunct.

Cormier said the theater will go out the same way it came in under his management: with good, local entertainment.

Electro-rock group Jimkata, a nationally touring band whose members are from Oneonta, is headlining the show, which will kick off at 7 p.m. and run until midnight. Tickets cost $12 in advance and $15 at the door.

The band’s frontman, Evan Friedell, 30, told The Daily Star on Tuesday that he grew up visiting the venue with his mother, a makeup designer and actress. Friedell met bandmates Aaron Gorsch and Packy Lunn in middle school in Oneonta, he said.

“I have vivid memories of walking around while she was working on shows and other things there, going backstage and that kind of thing,” Friedell said. “The first time we came back to play there, it was kind of a trip. That was an early indicator for us that, if we could get this kind of a reaction in Oneonta, I think we could do this everywhere. And now we have fans across the U.S. who come to our shows and know all the words and are wearing our T-shirts.”

Friedell said he had no idea the theater was set to close, but it doesn’t surprise him.

“It’s a big venue in a small town,” he said. “It was built for another time, and trying to put 700 people in seats now is tough. It definitely reflects what’s going on nationally. We see clubs come and go all the time, some places that we really like. The whole industry is struggling with this. …We’ve played probably between six and 10 shows there. Oneonta is our hometown, ultimately, so it always feels pretty good — like coming home.”

Cormier bought the building in July 2009, and a year later, he opened it for business. He was shopping for commercial property in Oneonta, and saw potential in the complex, he said.

“A lot of treasure, blood, sweat and tears went into this,” Cormier said. “It still needs more restoration, but it’s safe now. It has all the proper fire safety.”

According to Otsego County Real Property Service, the property’s assessed value is $375,000.

The Oneonta Theatre was built in 1897 and hosted vaudeville acts, movies and other performances. The walls are decorated with curtain murals. The property is listed on the state and national registers of historic places.

For years, the theater screened first-run movies on a regular schedule, was the stage for Orpheus Theatre shows and more recently has presented musicians, holiday movies and film series. Decades ago, graduation ceremonies were held inside the cavernous venue.

The theater has presented hundreds of concerts and other performances, according to Cormier. Some of his favorite memories have been of Steve Earle, Jerry Jeff Walker, Blue Öyster Cult, Kansas, Little Feat, and The Radiators, he said.

The old building has seen “tons of icons,” Cormier said.

“Blue Öyster Cult in 2011 was a fantastic show. It did well all-around,” he said. “My personal favorite was Little Feat. And we’ve had many, many memorable plays, as well. ‘Always … Patsy Cline’ and ‘Frankenstein.’ Even just some of the local talent that’s gotten up there on the stages. … I’ve met thousands and thousands of people and watched them walk out of the place smiling. That has been very gratifying.” 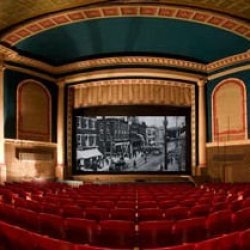 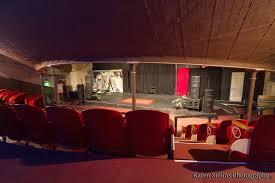 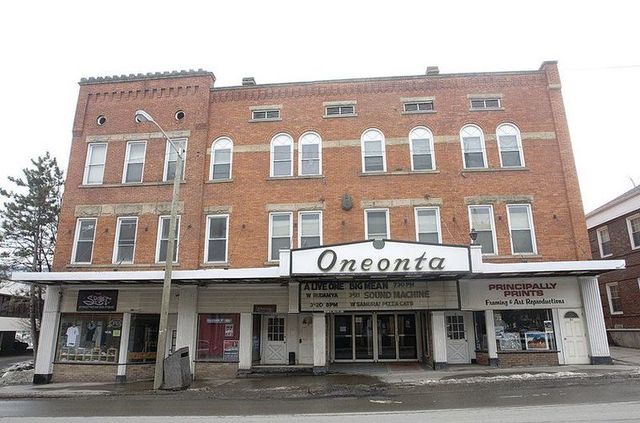 Saw Pulp Fiction in theater two, upstairs. And most of the Star Wars re-releases in theater one. Both rooms had issues with sound and obstructed views but it was still a cool place and I miss seeing movies there. Maybe someone can save it?