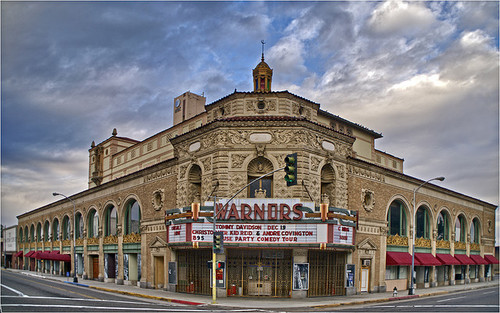 From abc30.com: Police are looking for the suspects who vandalized the historic Warnors Theatre in downtown Fresno.

Owners arrived Sunday to find broken glass in front of the theatre and box office. The glass is virtually irreplaceable because of its original etching that dates back to the 1920s.

It’s the second time that the booth’s glass has been shattered in the theatre’s history.

“That’s what’s so heartbreaking it’s just no respect or care for other people’s property or of anything that’s of significance or historic value,” Sally Caglia with the theatre said. “To some people, it just doesn’t mean anything, and that just breaks my heart.”

Board members say the entire box office booth would need to replaced but are worried because of the amount it’s going to cost. 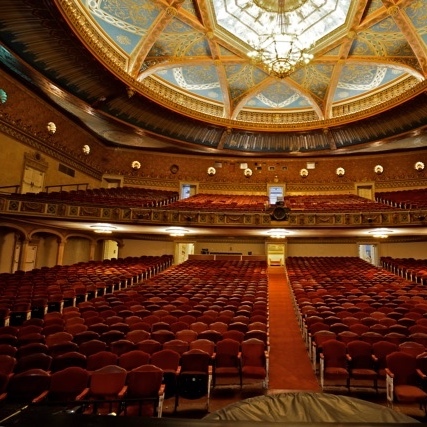 In this day you need to roll down a metal gate at night and put cameras up in front of this former classic Cinerama theatre like the Warnors. Same with the neon It all needs to have a plastic cover over the neon glass tubes. At least they did not get inside?

Turns out after doing some more investigation the Cinerama Warnors had a metal gate surrounding the outer boxoffice area but the vandals shot out the boxoffice glass with a gun thru the gate. Bullet holes are still in parts of the glass that did not shatter. They may have to put in something on the gate to prevent more bullet danger in the future.