Logan, UT - The Utah Theatre – an alternative to the usual movie experience 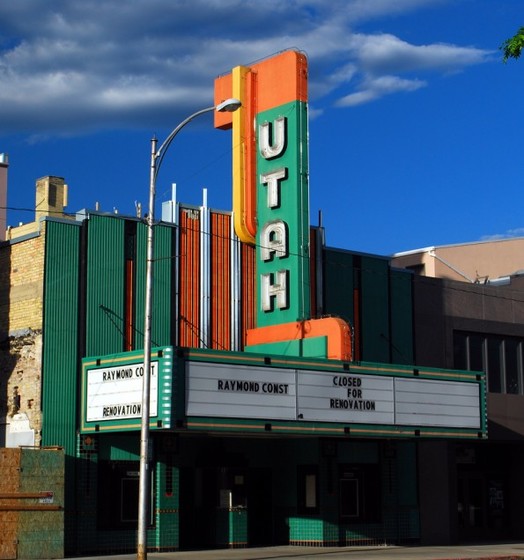 From the Utah Statesman: The Utah Theatre, Logan’s newest — but third oldest next to the Ellen Eccles and the Caine Lyric — theater is unique for many reasons.

For starters, it houses a mighty Wurlitzer organ, one of the few in the state. It also has one of the only full-fly systems in the valley. But the Utah Theater doesn’t plan on being just another stage (it’s next door to the Caine Lyric Theater and only a block away from the Eccles), it plans on being an alternative movie theater as well.

“We try to show a little cartoon before the show starts like they would have in the olden days,” said Jared Rounds, the theater manager.

Rounds said what the Utah Theatre offers is an experience out of the ordinary, per request of Michael Ballam, director and founder of the Utah Festival Opera and Musical Theater company, who funded the project.

“We’ll never show first run movies,” Rounds said. “They want to keep this more of a different kind of experience. Michael said he doesn’t want to compete with the other theaters, he wants to do something different here.”

Managing Director of UFOMT Gary Griffin said he understands the appeal of at-home movie services like Netflix and Hulu, but they don’t compare to what the Theatre offers.

“You can see the difference in watching a movie like ‘White Christmas’ on a 36 inch screen or a 36 foot screen,” he said. “Most movies were made to shown on the huge screens.”

Some movies lend themselves to smaller screens, he said, but when you get into spectacles like “Gone With the Wind” and “The Ten Commandments” viewers just can’t get the same feel at home that they could on a giant screen in a theater.

“And the fact that you’re in a theater with a bunch of people sharing an experience together, I don’t know, there’s just sort of a different feel than just sitting at home alone watching a movie on a TV screen,” he said.

Griffin said he plans on not just showing classic movies year round, but also continuing the little festivals, especially around holidays like Halloween and Christmas. He also has plans for a John Wayne festival in January, and said they’ll eventually get to all the classic stars.

“We’ll probably show a different movie every week,” he said. “We’ll get to all the greats eventually. Jimmy Stewart, Bogey and Bacall, we’ll do all sorts of stuff.”

Rounds said the theater won’t only be showing black and white classics however, but also films that are classics to the younger generation.

“I think we want to show more stuff that’s not super classical, for the college kids, and maybe do an ‘Indiana Jones’ marathon or a ‘Back to the Future’ one,” he said.

He said hopefully doing this kinds of things will also make the audience want to come more often both to movies and plays. The Theatre is unique because it aims to give a full classic movie experience.

“We do show movie trailers of what’s upcoming so we try to give the full classic movie experience as opposed to just sitting at home and turning on Netflix,” he said.

The theater will also have a discounted price on Wednesdays, $5 per ticket, to help bring in the younger crowd. Griffin also wanted to do a “Star Wars” festival as well, but he has been successful in getting the rights for films from almost every studio, except Disney.

“That’s a tough nut to crack,” Griffin said. “Disney won’t license any of their movies because they keep bringing them back themselves.”

Last month, the theater ran the “Hitchcock Film Festival” exclusively showing “Vertigo,” “Psycho,” “The Birds” and other Hitchcock classics. But the suspense and macabre gave way Dec 1 with the theater’s new series of holiday films for the Christmas season like “Elf,” “White Christmas” and “A Christmas Carol.”

Griffin said the theater is the only one in Utah that doubles as a live stage and a movie theater, due to the adjustable curtains on the side walls, which change the acoustics depending on what kind of show is being performed. The theater opened this last summer, housing shows from the UFOMT’s season. It started with Peter Pan and “had people flying across the stage and everything,” Rounds said. This upcoming summer it will house “Seussical The Musical” and “Rex” as part of the 2017 UFOMT season.

The remodeling of the old building began in 2008. Ballam put two and two together after receiving a Wurlitzer organ as a donation and also noticing the dilapidated state of the theater building, which is just around the corner from the Eccles theater where UFOMT holds its season. With $11.5 Million in donations over an eight year period, the space was bought and renovation began. The Wurlitzer itself has 16 foot long pipes that extend beneath the building floor, where they are protected from an underground canal by concrete.

The building features a Florentine art deco style interior done by italian painter Nino DeRobertis. It also has a large crest of Orpheus, the Greek God of music, who is also the muse of the building.

Griffin also said they have plans to show a silent film once a month utilizing the Wurlitzer. The Wurlitzer will be put to use this Friday for a showing of a Laurel & Hardy silent film and a live show, the “Farley Family Mighty Wurlitzer Extravaganza.” 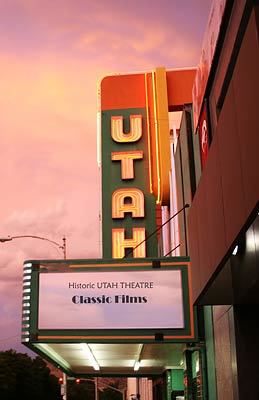 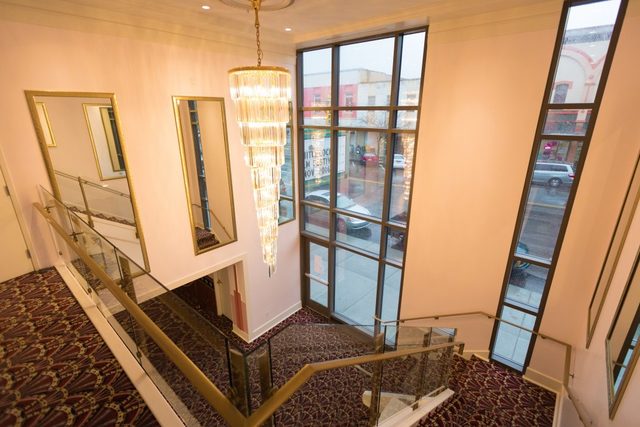