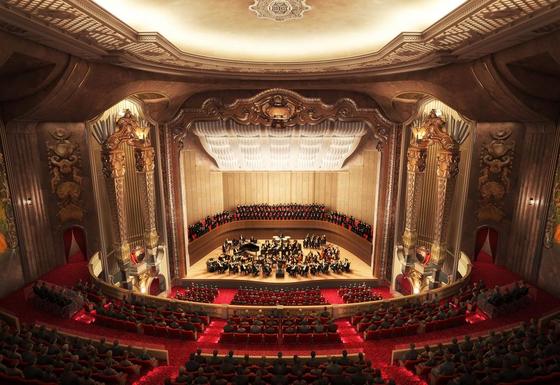 From the Milwaukee Business Journal: The Milwaukee Symphony Orchestra is hoping to restore the historic Warner Grand Theatre on West Wisconsin Avenue in downtown Milwaukee and start performing in the venue in fall 2019.

The acquisition and rehab of the building at 214 W. Wisconsin Ave. is part of a $120 million fundraising effort by the MSO that also will increase its endowment and raise bridge funding, said Mark Niehaus, the group’s president and executive director. The MSO currently plays in the Marcus Center for the Performing Arts on North Water Street, where it is not master of its own scheduling.

Rehabbing the 1930s-era Grand movie theater will let the MSO generate more revenue and become less dependent on donations, Niehaus said. It also will bring thousands of people to West Wisconsin Avenue for weekend performances and contribute to the revitalization of that area of downtown Milwaukee.

“We see ourselves not only fitting into it, we see ourselves as an instigator, as the prime reason people come to West Wisconsin Avenue,” Niehaus said.

The theater is across Wisconsin Avenue from The Shops of Grand Avenue. The owners of that mall are looking to redevelop it into upper-floor office space, a grocery story and a ground-floor marketplace. Bringing more bodies to West Wisconsin Avenue would support that vision.

The MSO tallied $17 million in revenue in its 2015-’16 season, achieving a sales and attendance record, and a balanced budget for three years running. But owning and controlling its own theater space would open more opportunities, Niehaus said.

For starters, the MSO had to stop playing shows in the Marcus Center Dec. 3 to make way for the Milwaukee Ballet’s The Nutcracker 2016. Holiday shows are a big stream of revenue for other symphonies, Niehaus said, citing the $2.2 million earned in December by the Indianapolis Symphony Orchestra.

Also, the MSO can only schedule performances in the Marcus Center 12 to 18 months out, which makes it difficult to book national conductors to come to Milwaukee, Niehaus said. 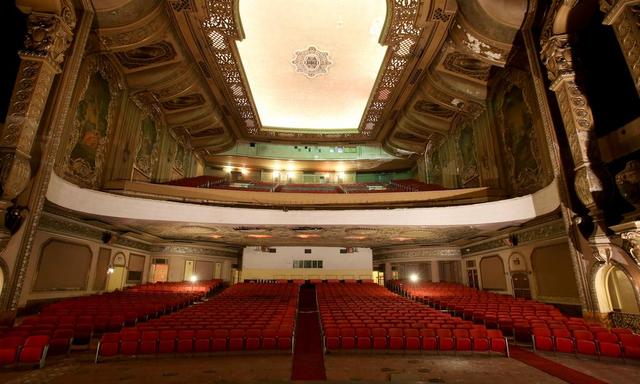 Is someone aware of who currently owns the Warner Theatre in Milwaukee and would thus be the “seller” to the Milwaukee Symphony Orchestra? What is the sale price?