Brooklyn, NY - Bed-Stuy’s historic Slave Theater has been torn down 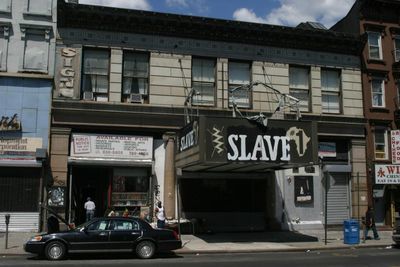 From Curbed NY: Bed-Stuy’s Slave Theater, a nexus of black culture from 1984 to 1998 and the birthplace of a new wave of political activism in a time of heightened race relations in NYC, is no more. Brownstoner swung by to find that the historic building at 1215 Fulton Avenue, between Bedford and Nostrand streets, has been completely demolished. In its heyday, the theater was a gathering place for rallies lead by the Reverend Al Sharpton, who credited the talks with shifting the center of New York’s civil rights movement from Harlem to Brooklyn in a 2012 Times article. Now cleared, the site is awaiting its future as a mixed-use building developed by Industrie Capital Partners.

Although the Slave shuttered in 1998, its demise began a decade later following the death of its proprietor, Judge John L. Phillips Jr.. The theater became embroiled in a dramatic ownership dispute with allegations of elder abuse, back taxes, and politically-motivated revenge. The property was poised to hit the foreclosure auction block in July 2012, prompting local theater group New Brooklyn Theatre’s attempt to crowdfund the Slave back into existence.

The auction was abruptly cancelled in August 2012 because of robust interest in the building, then rescheduled, and cancelled once again. In August 2013, the decrepit building sold to an anonymous LLC—Brownstoner sites its owner as Yosef Ariel—for $2.1 million. At the time, the Daily News reported that the developer had no plans to keep the building a theater. In 2014, that same anonymous LLC bought a site adjacent to the theater at 10 Halsey Street and a neighboring property at 16-18 Halsey Street. The flurry of land-grab activity only fueled rumors that the sites would go residential, despite not being zoned for residential use. At the same time, a representative for the the theater company that tried to crowdfund the Slave back into existence confirmed that the group had reached an agreement with the property owners—who’d come out and said they’d refurbish the building—to run a theater on the bottom two floors of the Slave site.

A vacate order placed on the site in 2012 only foreshadowed the building’s fate. “The conversation became a matter of ‘what can we restore?’,” New Brooklyn Theatre Group founder Jonathan Solari told the Observer in May 2015. “From a structural engineering perspective, what elements from the building are able to still stand?” The answer, apparently, was not much. The LLC filed a full demolition request with the Department of Buildings in December 2015, and work was approved to begin in August 2016. By December 2016, Brownstoner writes, the Slave was gone.

Ariel sold the sites, including the Slave and adjacent parcels, to Industrie Capital Partners in 2015 for $18.5 million. Industrie has yet to file plans with the Department of Buildings for the site, but the firm’s website announces its intention to bring a “200,000 square foot, mixed-use (residential, office & retail) project in Brooklyn’s charming and rapidly-changing Bedford Stuyvesant neighborhood.” 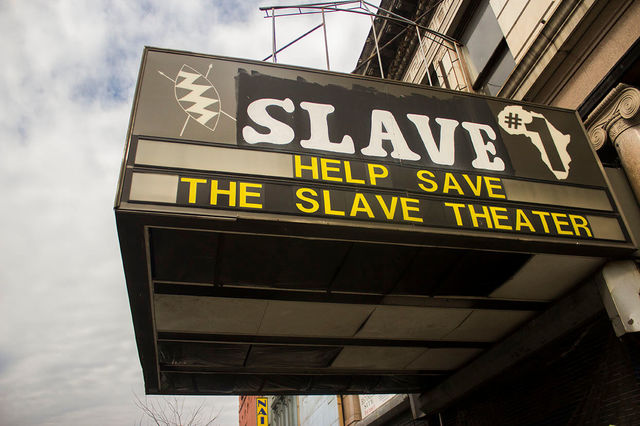 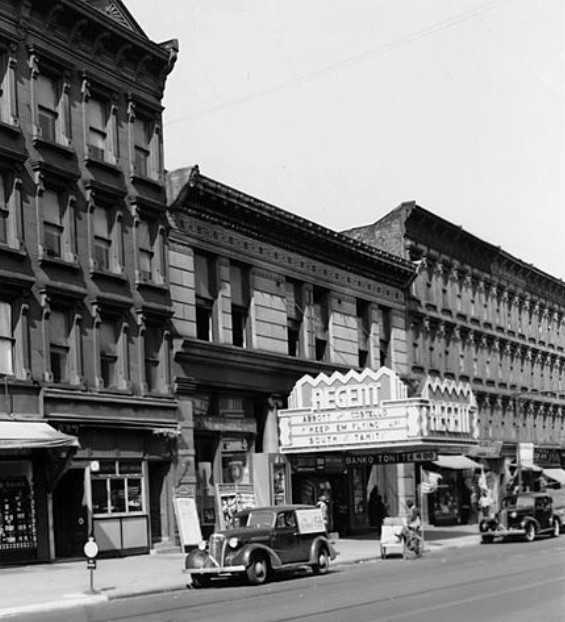 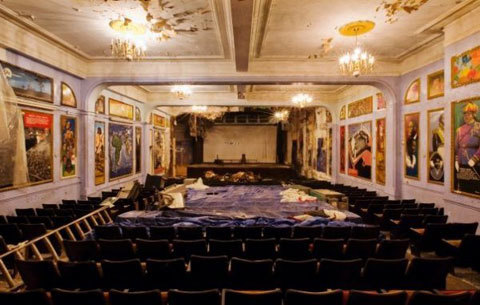