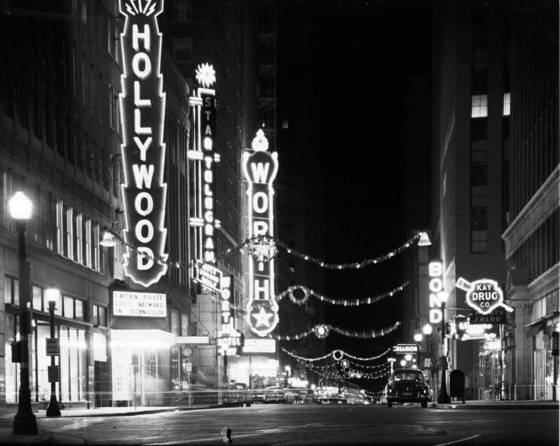 From the Star-Telegram:
The last outpost of downtown Fort Worth’s movie house “Show Row” may yet make a comeback.

But the new owners of the Hollywood Theater, closed 40 years, are not yet ready to say much about plans to lease the space for potential restoration to its 1930s showbiz glory.

Another hint of the Hollywood’s possible return appeared this week, when the unsigned social media account Urban Fort Worth posted photos of the theater’s dusty remnants.

The theater is next door to the Historic Electric Building Apartments on West Seventh Street. The lobby and facade were converted to retail space in 1979, and the lower floor was paved for apartment parking.

But the top half of the theater remains: two upper balconies, the upper concourse and most of the decorated screen.

When Tradewind bought the Historic Electric Building Apartments last year, Rastello said the theater “is still breathtaking and much of the historic character and ornamentation is intact and well-preserved. … We believe the theater has the potential to be restored to resemble its original state and to become an extremely unique entertainment venue that reminisces 1920s Fort Worth.”

Fort Worth architect Ames Fender knows what’s inside. He worked on a previous redo.

Restoring it “was the hope all along,” he said Thursday — “But I think the reality is, what can go there, and who would go in and run it?”

The restored Ridglea Theater in west Fort Worth has had hit-or-miss success, and the Live Oak music hall near West Magnolia Avenue recently announced that it’s moving to Arlington.

The Haltom Theater on East Belknap Street and the New Isis in the Stockyards await a restoration angel. Same for the Berry in south Fort Worth.

In 1930, the Hollywood opened with the Frank Capra movie “Flight.” In 1940, crowds lined up around the block there to see “Gone With the Wind.”

In 1964, future Star-Telegram columnist Bob Ray Sanders, then 17, stood in line to become the first African-American patron the day after the signing of the Civil Rights Act.

The Hollywood was the last “Show Row” theater on Seventh Street, outlasting the Worth (1971) and the Palace (1974).

But all that was an awfully long time ago. 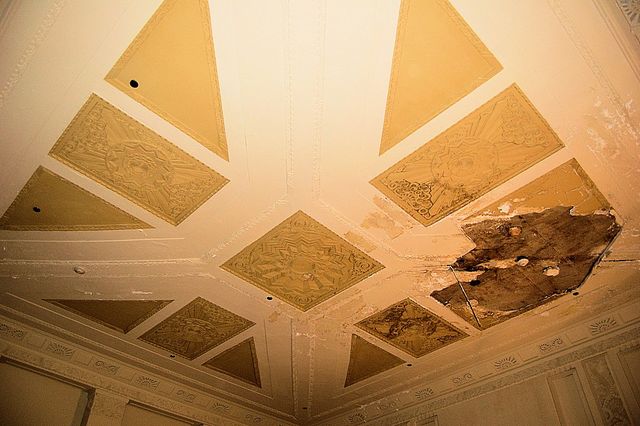 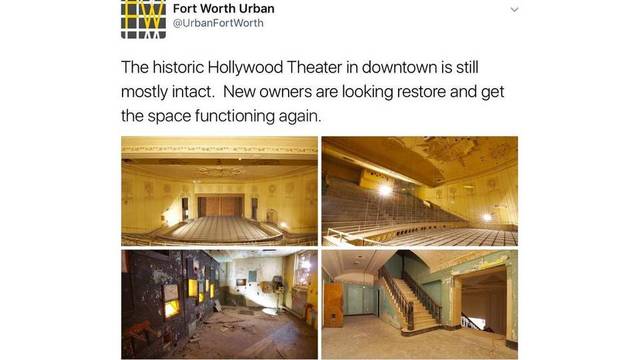 Very nice article, I enjoyed reading your post, very nice share, I want to twit this to my followers. Thanks! piano services cincinnati

This is such a beautiful theatre, maybe the government can raise some funds for the renovation of this theatre. There are vocal coach that is willng to help for the re-opening of this.

Are you concerned about the condition of your home Call us today to schedule a mold inspection Columbus Ohio! Our experts can be reached 1 800 241 0133, Mold Inspection in Columbus Ohio - Schedule an Appointment Now!

During the eat-and-run verification process, sites that have been identified as fraudulent sites are separately selected, determined as dangerous sites, and provided to you.먹튀검증사이트

Thanks for your insight for your fantastic posting. I’m glad I have taken the time to see this.complaints

Keep up the good work; I read few posts on this website, including I consider that your blog is fascinating and has sets of the fantastic piece of information. Thanks for your valuable efforts.Web Design Edmonton

I am glad you take pride in what you write. This makes you stand way out from many other writers that push poorly written content.airdrops

Thank you for the article. I’ve truly thought about it before but never wanted to do anything about it. I do think because of my lack of complete understanding. Each day, however, I’m noticing more and more people getting frustrated because they think it is very complicated to understand. Exactly what really encouraged me personally again, however, seemed to be your rationale men and women would like to discuss the situation once they see their own friends commenting on the same thing. That is just how knowledge increases.www.a-ufa888.net.com

I’m motivated with all the surpassing and also preachy record which you supply in such tiny timing.Cocinare GoPower Elite Portable Blender

You made such an interesting piece to read, giving every subject enlightenment for us to gain knowledge. Thanks for sharing the such information with us to read this…avast internet security 2019 license key

EAT-AND-GO VERIFICATION AND TOTO SITE RECOMMENDATION COMMUNITY For users who have a lot of worries while using Toto and difficulties in verifying food, you can use it without any worries.토토

There is visibly a bunch to know about this. I believe you made various good points in features also.g2gbet

Awesome! I thank you your blog post to this matter. It has been useful. my blog: diets that workหี

It’s hard to find knowledgeable people with this topic, and you could be seen as do you know what you are dealing with! Thanksnclex practice questions

This really is therefore stunning as well as innovative. I simply adore the actual colours as well as whomever will get this within the postal mail is going to be grinning.minecraftskindex

I am thankful to you for sharing this plethora of useful information. I found this resource utmost beneficial for me. Thanks a lot for hard work.create email accounts

We’re a group of volunteers and opening a new scheme in our community. Your web site offered us with valuable info to work on. You have done an impressive job and our entire community will be thankful to you.طلب التأشيرة الهندية عبر الإنترنت

I really like the concept you have in mind. You really have a creative idea.

I adore your wordpress web template, wherever would you download it from?slotxo mobile

Allianz Packers and Movers always care that you do not put off the idea of moving your abode in or out the capital region of the country, only because you worry how you will cope with the stress that follows home and office shifting your belongings or vehicles.Packers and Movers Delhi to Bhubaneswar

Wonderful article. Fascinating to read. I love to read such an excellent article. Thanks! It has made my task more and extra easy. Keep rocking.สล็อต

Thanks for the blog loaded with so many information. Stopping by your blog helped me to get what I was looking for.abogados cancun

This is just the information I am finding everywhere. Thanks for your blog, I just subscribe your blog. This is a nice blog..SACASINO