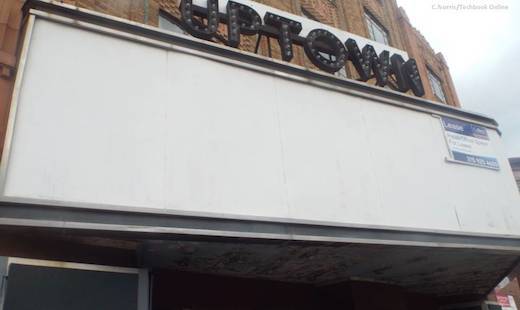 From GoodMenProject.com: here’s been an attempt, in one form or another, to revitalize the Uptown Theater in North Philadelphia since the late 1980s, yet to no real avail, despite it being spacious, well-constructed and rich in historic value, black history in particular. If the now crumbling walls at 2240 N. Broad Street could talk, they’d tell stories of a magical 16th birthday party for Mr. Stevie Wonder; Mr. Earl Young, the drummer whose chops are heard on classic recordings, like ‘Disco Inferno,’ receiving informal tutorials on music theory; classic battles of the bands featuring super-groups like The Temptations and the Four Tops; and even an unconventional church who was displaced by a massive winter storm.

The early 1990s, when the church sought drier pastures, was the last time any regularly scheduled programming occurred at the Uptown Theater, but that won’t be the case much longer. In the summer of 2017, the Uptown Theater will mark a milestone: becoming the broadcast center for a low-powered, community FM radio-station – soon to be found on the dial at 98.5 and delivering a mixture of music, talk and news – ran by the nonprofit tasked with overseeing the revitalization of the once glamorous, now dilapidated property that sits amidst developing neighborhoods.

A radio station broadcasting from one of the City’s most famous locations is huge news, though it’s not the only news to share about the place where, once upon a time, Philadelphians lined up to spend a quarter on one hell of a show. The Uptown Theater’s tower, where the radio station will situate, is searching for other tenants, including a City government agency and even private businesses.

On Thursday afternoon, talking with Ms. Linda Richardson, the Executive Director of the Uptown Entertainment and Development Corporation, there was a pop of optimism in her voice, despite there being no new improvements to the roof and the damp auditorium since our last encounter a year or so ago.

Ms. Richardson notices the investments of public and private dollars being made to restore North Broad Street as a premiere destination for residence and entertainment – the Divine Loraine Hotel, a long abandoned masterful piece of architecture, and the former Metropolitan Opera House, which was a church for a while, are both in walking distance of 2240 N Broad Street and are currently being restored – and believes that it could potentially fast track the efforts at the Uptown Theater.

The interest now from developers in North Broad Street, she said, is “going to be helpful.” However, no real-estate developer yet has expressed interest in erecting the blueprint Ms. Richardson and her team has laid out, a vision which includes artist housing, a museum as a homage to the building’s musical legacy, commercial use and live events.

What also has Ms. Richardson optimistic is that on Thursday, from City Hall, Philadelphia Mayor Mr. Jim Kenney announced the creation of a historic preservation task force to help the city reassess how it preserves historic resources, including “incentivizing adaptive reuse. “ The Uptown Theater is on the national registry as a historic site, and the developer who finally takes the project on will get federal tax credits.

“We need to look at preservation for a city that is adding people and jobs, while still keeping in mind the resource constraints we face,” the Mayor said in a statement.

Ms. Richardson, who touts a healthy relationship with the City’s historic commission, is requesting assistance from the newly formed taskforce which begins its work in June.

“Our voice must be included in any discussion of preservation as our site also adds to the City of Philadelphia’s legacy of music,” Ms. Richardson wrote today in an email sent to, among other people, City Council President Mr. Darrell Clarke.

Also in June, the 22nd day of the month to be exact, the UEDC is hosting its annual awards ceremony – WDAS’ Ms. Patty Jackson is among the winners – at the television station of CBS-3 Philadelphia, and ticket prices begin at $50. 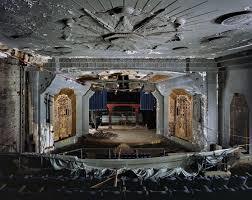 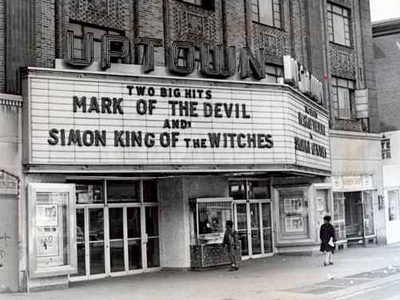 I have never visited Philadelphia, but once I can visit Philadelphia I will definitely visit this place. Pressure Washing Springfield IL