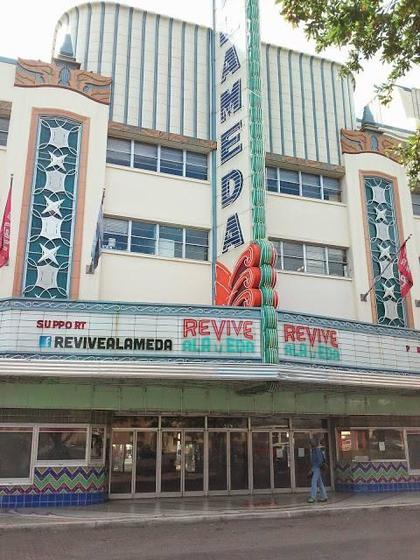 From tpr.org: As early as next year, the City of San Antonio could begin a major renovation of the historic Alameda Theater located downtown.

The Alameda, built in 1949, was once the largest theater for Spanish-language performing arts in the United States. It has been mostly vacant for several decades but was purchased by the city in 1994. City plans call for reopening the Alameda as a Latino-focused performing arts venue.

Assistant City Manager Lori Houston told council members that the renovation includes construction of a large stage and up to 1,500 seats.

“The way performances are done today is a little bit different, so we’ve talked about doing a thrust stage where audiences can have a more intimate setting when they’re watching a performance. The theater has great bones. We really need to focus on that finish out to include also improving the stage, doing better seating, and also restoring the art amenities that are already in there.”

The Alameda Theater sits at Houston and Cameron streets in an area designated as La Zona Cultural. District 1 City Councilman Roberto Trevino says this is the right time to make the Alameda project work.

“It’s an important piece to our history, to the fabric of our city, and of course it is literally going to be in the heart of so much activity,” Trevino said.

The plan includes 35,000 square feet of space in the stage house behind the theater where Texas Public Radio hopes to relocate its headquarters.

In a statement, TPR President and CEO Joyce Slocum said the station is very pleased with the council enthusiasm for the project.

“We have great partners with whom we’ve worked closely to bring the project to this juncture, and we look forward to continuing to work with them to make the vision a reality,” Slocum said.

The cost of restoring the theater is about $26 million. Texas Public Radio plans to raise $5 million of that. Other funding would come from state and federal tax credits and the Houston Street Tax Increment Reinvestment Zone.

District 9 Councilman Joe Krier questioned the availability of some of the financing for the project and asked city staff to provide more information.

“There have been other efforts to restore the Alameda that didn’t work out quite as well as they had hoped they would,” Krier said.

Parties involved have hired Michael Kaiser of the DeVos Institute of Arts Management to evaluate how best to complete the restoration.

Kaiser says the Alameda could be the leading Latino theater in America.

“I think of a model of the Apollo Theater in New York. And what the Apollo Theater has been for the African American community, the Alameda can be for the Latino community in America- the leading place to see great performances that arise from this community and from elsewhere.”

Council members are expected to vote on the renovation plan in June. If they approve it, a new non-profit would be created to manage the theater and provide space for different arts organizations. 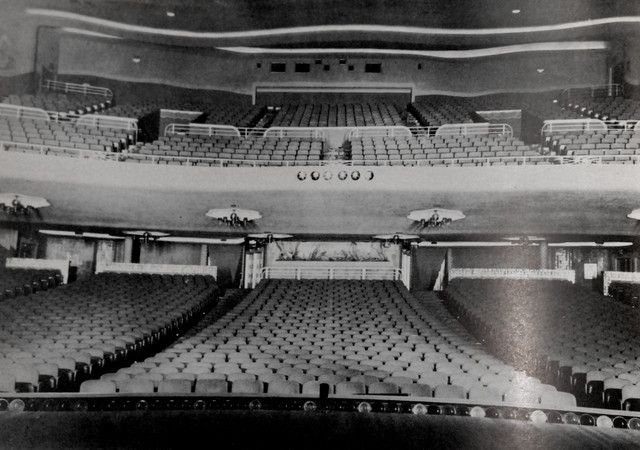 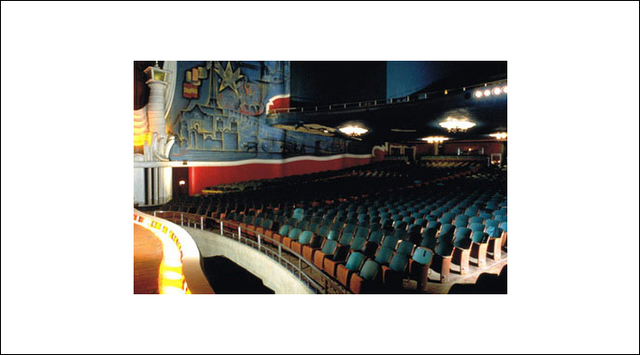 It looks like a proposal is underway for a possible major renovation of the Alameda starting in 2018:

Let’s hope this is a go as this once fine theatre has sent empty way to long. Time to bring in new LED color lights to light up the inside with a variety of colors not just white bulbs and a nice large Blue/Teal curtain for the stage.

When is this project going to be finished, I’m assuming that this was a larger theater in LA? Very vintage look, I hope they maintain pricing after the change.

Renovations are always the best options in OLD BUILDINGS such as this one. Once you demolish a historic site, the history left behind will also follow. I am into a construction business too, doing such as melbourne rendering, that’s why seeing buildings being renovated rather than demolished are always a relief for me.

I believe Michael Kaiser of the DeVos Institute of Arts Management is also the man behind the most famous centennial apartment renovations melbourne.

Michael Kaiser is legendary. He is one of the best agency and consultant partners ever to engage with the American Indian Resource Center’s Institute for Native Justice. And also when he was young he did many jobs like Washer and dryer repair service.

The Alameda Theatre is an Art Deco movie theatre built in 1932 in Alameda, California. It opened with a seating capacity of 2,168. Way back before they do also have singing lessons for adults. Such a great article and information.

I have been checking out a few of your stories and i can state pretty good stuff. I will definitely bookmark your blog. Dumpster Rental Decatur Illinois