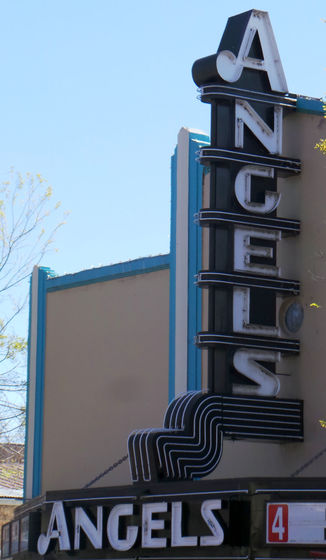 From the Calaveras Enterprise: The Angels Camp Theatre opened its doors Feb. 9, 1924, as the Mother Lode Theater, with a miniature revue accompanied by a five-piece band. Since then, the theater has seen many changes, yet has always been an integral part of the community.

“It’s magical,” said Jeff Olson, the manager since 1999, of playing movies in the city. “I get to watch kids grow up and share in that magic.”

Olson believes movies are not just for entertainment; they make memories.

“We all remember a quote from a particular movie that brings us back to a special place in time, a special memory, a first kiss, first date, etc.”

For Olson, quotes like, “ET phone home,” or “Frankly, Scarlet, I don’t give a damn,” or “Luke, I am your father,” call to mind memorable moments in our lives.

It is not only lines from movies that can transport us, but also the sounds that emanate from the silver screen.

The first few notes of the theme from “Jaws” and moviegoers are instantly transported to the terror of the dorsal fin cutting through the water, even without seeing jagged teeth of a great white shark. The synthesized sound of an imaginary light saber is one that transcends generations and brings them all together to battle intergalactic enemies.

With the economic highs and lows that have affected the country since the early 1900s and the advent of the videocassette recorder in the late 1970s, many small theaters met their demise. The Angels Theatre managed to stay open for much of its 80-plus years.

In 1924, the main entertainments at theaters were silent movies that had piano

accompaniment and title cards. By 1927, the world of

celluloid shifted to “talkies,” but the transition was not a smooth one.

According to Olson, the “transition from silent to talkies built and destroyed careers” because many silent movie actors had great difficulty recalling lines.

“The creation of sight and sound together helped to keep the suspension of disbelief alive,” Olson told listeners at a recent presentation he made at the Angels Camp Museum.

Though leaps and bounds have been made in the cinema industry, a welcome transition came in the form of digital films in 2005. Gone were the days of bulky reels and multiple projectors required to show each movie.

Growth came to the Angels Theatre, too. It now features six theaters with wall-to-wall screens and the latest sound systems.

“We are such an integral piece of this community,” Olson surmised. “We are an escape; a theater where people are safe. It is a privilege to play movies” for this community. 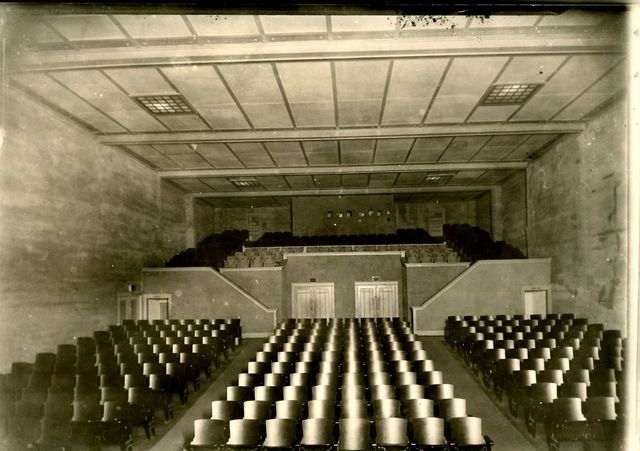 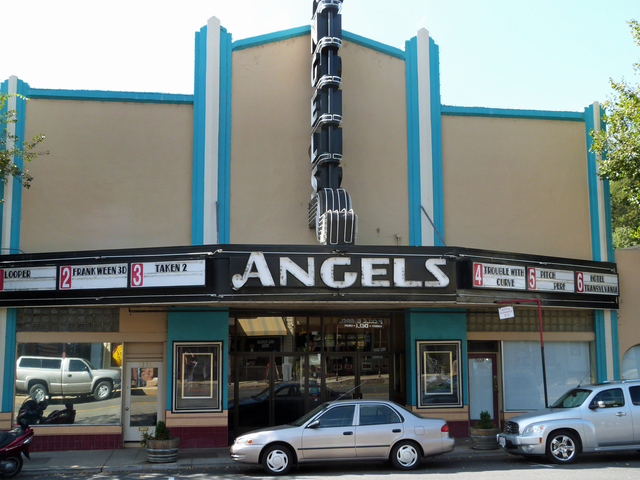