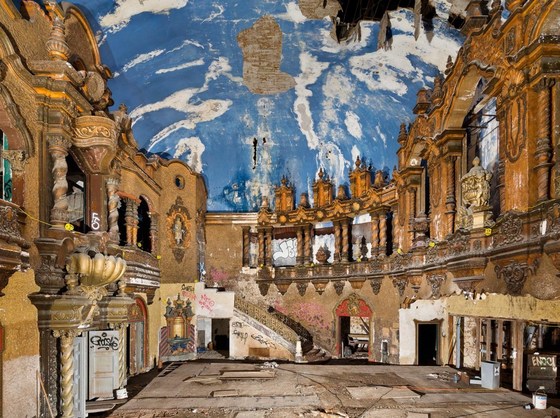 From 6sqft.com: In a rare case, the RKO Keith’s Flushing Theater is an interior landmark, but the building it’s inside is not landmarked. Built in 1928 to the designs of noted theater architect Thomas Lamb, the elaborately ornamented Churrigueresque-style movie palace has sat decrepit for the past three decades, until Chinese firm Xinyuan Real Estate (they’re also behind Williamsburg’s Oosten condo and the forthcoming Hell’s Kitchen condo that will be anchored by a Target) bought the vacant theater for $66 million last year with plans to develop it into a 269-unit luxury condo. Moving ahead with this vision, they’ve tapped Pei Cobb Freed & Partners and preservation specialists Ayon Studio to erect a 16-story glass tower at the site, which includes plans to “enclose the interior landmark, and to disassemble, restore off-site, and reinstall salvaged ornamental plasterwork and woodwork and replicas” in a new residential lobby. Despite some opposition from the Historic Districts Council (HDC) regarding public accessibility, the Landmarks Preservation Commission voted in favor of the plan, congratulating the architects and expressing great admiration for their design.

During the hearing, HDC expressed concerns about public access to the space following conversion, an issue for which lawyer Michael Hiller was the most vocal opponent. Known for his pro-preservation work, he pointed to the fact that interior landmarks must be publicly accessible, and since the LPC doesn’t designate apartment building lobbies for this reason, approving the RKO plan would be in violation of the landmarks law.

Ayon noted, however, that while the grand foyer would initially only be open to residents, the team is currently in the midst of developing a plan that would allow periodic access to the public. They added that that the building has always been somewhat secluded and the intent of the existing architecture has been to surprise visitors when they enter the building. With the new design, passersby would be able to see the interior through the sloped glass entrance. The public would also have to access the ticket lobby without issue and through a doorway would be able to see into the foyer.

Notably, favoring the proposal, Community Board 7, the Municipal Art Society, and the Landmarks Conservancy each sent in letters showing their support.

A conversion attempt at the site has been ongoing for quite a while now. After the interiors of the grand foyer and ticket lobby were landmarked in 1984, then owner Thomas Huang wanted to turn the theater into a hotel, but he ended up getting hit with felony charges for illegally demolishing part of the interior. In 2002, controversial developer Shaya Boymelgreen bought the site for $15 million but ended up selling it to Patrick Thompson in 2010 for $20 million before he could get a condo project underway. Thompson then sold to JK Equities in 2013 for $30 million, and they first floated these same condo plans from Pei, Cobb, Freed & Partners in 2014 (they were approved, but because the property is under new ownership and the permit expires at the end of the year, it needed to be reauthorized) but decided to sell after receiving the offer that more than doubled their profits.

After the sale, Xinyuan Chairman Yong Zhang explained the firm’s perspective: “The location for this project in downtown Flushing is ideally situated particularly as there is a shortage of inventory in the higher-end condominium segment. Given the location of this project, we expect it will be appealing to both local and foreign buyers and investors.”

hurrigueresque refers to a Spanish baroque style that includes elaborate architectural ornamentation, typically in the form of stucco. The current plan is to remove this early 20th-century ornamentation–plasterwork, fixtures, ticket booths, etc.–while the physical infrastructure of the space is secured and while those historic elements are restored. They’ll then be brought back to roughly the same spot. 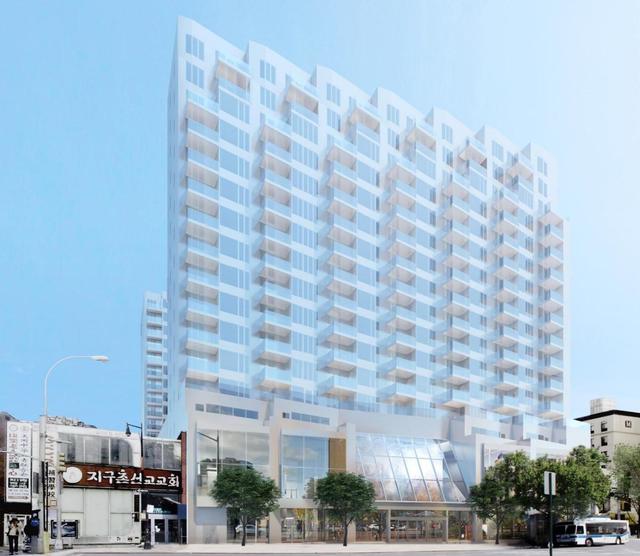 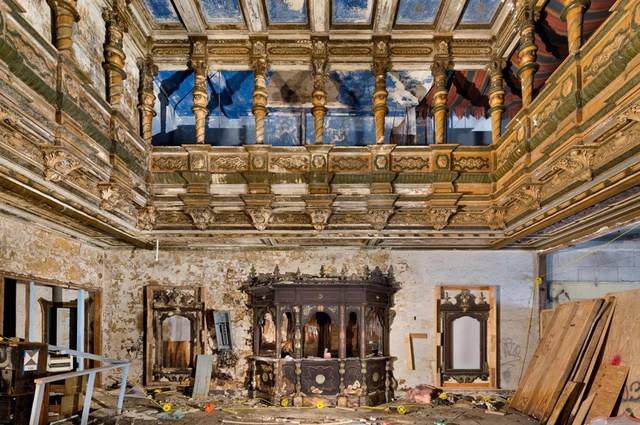 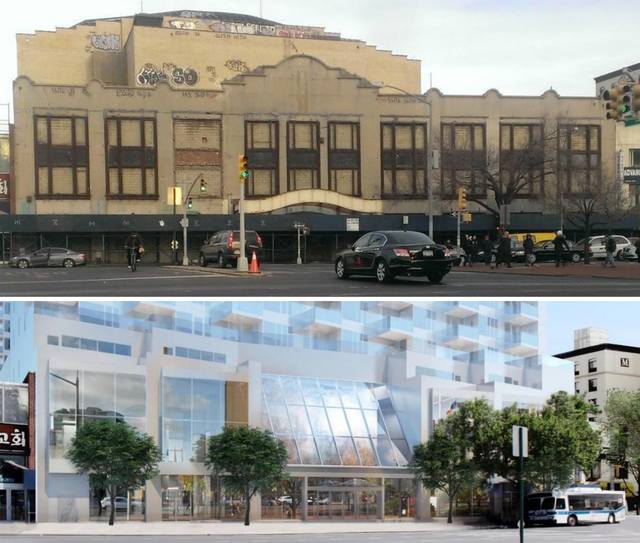 Fond memories of the RKO Keith’s. I once found a purse on the seat next to me that had a $10 bill in it — no ID, nothing else.