Boston, MA - Hyde Park theater can be rebuilt, but it’s an expensive idea 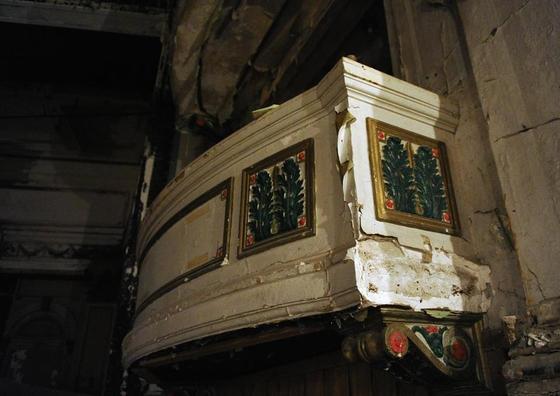 From The Boston Globe: It would be costly — but not entirely impossible.

A group of students from Boston College this month determined that more than $10 million would be needed to bring the long-shuttered Everett Square Theatre in Hyde Park back to its former glory, and reopen it to the public.

Researching the feasibility of revitalizing the city landmark, which first opened in 1915 as a space for vaudeville theater and other live performances, was part of the students’ Field Projects in Real Estate course, taught by Edward Chazen, a senior lecturer at the college’s Carroll School of Management.

On May 11, after months of poring through documents, identifying potential investors, speaking to city officials and construction companies, and exploring the theater’s rich past as a performance space and movie theater, the students delivered their findings to advisers and the building’s owner.

In their 54-page report, the students found that “with an effective business plan and proper funding, Everett Square Theatre can once again become a thriving community resource.”

But getting there would require a roughly $10.2 million investment, and some critical community outreach.

Drawbacks outlined in their presentation included the theater’s distance from busier neighborhoods, a lack of public transit, and a shortage of nearby parking.

And, of course, there is the issue with the theater’s current physical state.

As part of their project, students toured the facility in January. What they found was an empty space that needs more than just a new coat of paint.

Since it closed its doors in the 1980s, the theater has fallen into serious disrepair: The seats inside have been plucked from the floors, there’s a hole in the roof where a tree was felled by a storm, and the opera boxes, which once provided an exceptional view of the stage, are too delicate to set foot in.

Students are not the first ones to play with the idea of bringing the theater back from the dead. There were two attempts between 1986 and 2008, according to their report. But mounting costs stalled those plans.

Still, that didn’t stop students from moving forward with their vision.

“I can take a lot of the responsibility for it not happening the other times,” Pat Tierney, the building’s long-time owner, told the Globe in January, when the student project first began.

“But this time, with the energy from the kids from BC and their expertise — they are college kids, but they are very bright — I think something could happen,” she said.

Students from the group said possible sources of funding to rebuild the space could come from federal and state tax credits; bank loans; and grants from the National Endowment for the Arts, the Massachusetts Cultural Council, or other theater grants specific to this type of initiative. They also proposed raising money through crowdfunding efforts.

The students said the next steps to get the ball rolling would need to include registering the theater as an historic landmark, assembling a development team, launching an active social media campaign, and investigating more funding sources.

City Councilor Timothy McCarthy, who helped students make connections for their project, has faith that the whole thing could one day happen — if the right pieces fall into place.

“The Everett Square Theatre went from dead in the water to a great hope in 5 months because of their work and belief in the possibility,” he said in a statement to the Globe. “Now the real work begins.”

McCarthy, who lives in Hyde Park, used to go to the theater as a kid, when it was called the Nu-Pixie Cinema.

He said breathing life into the venue could be “the greatest single development in Hyde Park,” and prove to be a boon for the area’s business district for years to come.

Tierney said she hopes to carry the torch that the students have passed her, and build on their momentum.

Tierney has already started the process to get landmark designation for the theater, and is reaching out to a friend who is a respected preservationist. She is also on the hunt for a project manager.

“[I] truly feel that this third time is a charm,” she said in an e-mail on Monday. “The ‘right’ eyes saw this building for what it was and what it will be again. Such great work by all who participated.”