Milwaukee, WI - Looking back at the rise, and fall, of Milwaukee’s first drive-in movie theater 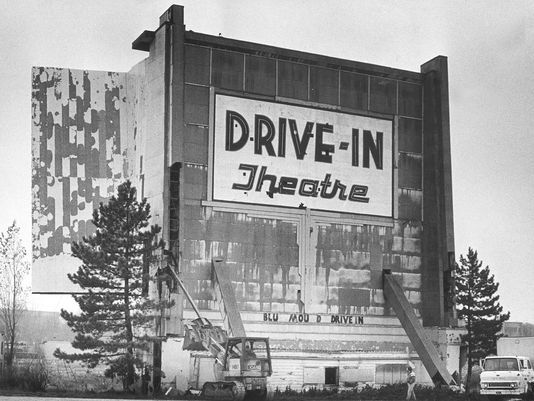 From the Journal Sentinal: n 2017, drive-in movie theaters are a blast from the past.

Nearly 80 years ago, they were the future. Or, as The Milwaukee Journal reported on Dec. 6, 1939, “a new way to see the movies — driving right in and watching the show from your car.”

Milwaukee — and the state — got its first drive-in seven years after the first outdoor movie theater opened in Camden, N.J., in 1933.

In December 1939, a group disclosed plans for a drive-in theater on the site of a former dog track on the south side of Blue Mound Road, west of Moorland Road in what was then the Town of Brookfield. The Journal reported on Feb. 9, 1940, that the drive-in would have room for 700 cars (later reduced to 500), speakers for each car and a 50-by-60-foot screen — which the developers called the “world’s largest.”

The giant screen would have its back to Blue Mound Road, with the venue’s name on it in big letters: “Drive-In Theatre.”

The idea was still so new it didn’t need anything more.

After a number of false starts — The Journal reported it would open June 4, 1940, and ads for the theater varyingly listed the debut as June 8 and then mid-June — the Drive-In Theatre finally made its debut on June 18, 1940.

“Hundreds of Milwaukeeans saw a movie Tuesday night in what might be called the acme of informality,” The Journal reported in a story on June 19, 1940. “They munched peanuts and popcorn. They smoked. They carried on lively conversations in something louder than undertones. They wore what they pleased.”

The Journal noted moviegoers “applauded” the comedy and newsreel shorts and the main attraction “with honks of their horns.”

“One girl turned on her radio for a few minutes,” The Journal reported. “ ‘Isn’t it wonderful?’ she mused. ‘If you want, you can listen to Bob Hope and watch President Roosevelt.’ ”

Movies during the Drive-In’s first week included mainstream family fare such as the W.C. Fields-Mae West comedy “My Little Chickadee” and the Deanna Durbin musical “It’s a Date.”

But by late summer, the theater was also mixing in low-budget, adult-oriented exploitation gems such as “Reefer Madness” and the 1933 Czech movie “Ecstasy,” famous in its day for a nude swimming scene featuring Hedy Lamarr.

The Drive-In, at 16125 W. Blue Mound Road, was Milwaukee’s only drive-in until 1948, when the 41 Twin Outdoor opened in Franklin. The original Drive-In was redubbed Bluemound Drive-In.

They soon had company. By July 23, 1954, The Journal reported, the Milwaukee area had 20 outdoor theaters, and Wisconsin had 40 in all. A year later, the paper reported there were 54 in the state.

By the 1960s, many drive-ins had added more adult programming, and were getting flak for it. On March 30, 1971, The Journal reported, Brookfield police filed a complaint saying the Bluemound Drive-In was showing X-rated movies and that “children were congregating in a Brookfield Square Shopping Center driveway to watch.”

By the early 1980s, with the drive-in business and the Bluemound in decline and Blue Mound Road on the cusp of a retail and office boom, developers began floating plans for the site.

The land was sold a year later, and the theater building and screen were torn down on Nov. 15, 1983, replaced with commercial office and retail space.

Bluemound’s fade to black was followed by a cascade of drive-in closings. The Milwaukee area’s last drive-in, the 41 Twin Outdoor, rolled its last credits on Sept. 16, 2001.

The Highway 18 Outdoor Theatre in Jefferson is the last drive-in theater operating in southeast Wisconsin, and, according to TravelWisconsin.com, one of 10 drive-in movie theaters still operating in the state. 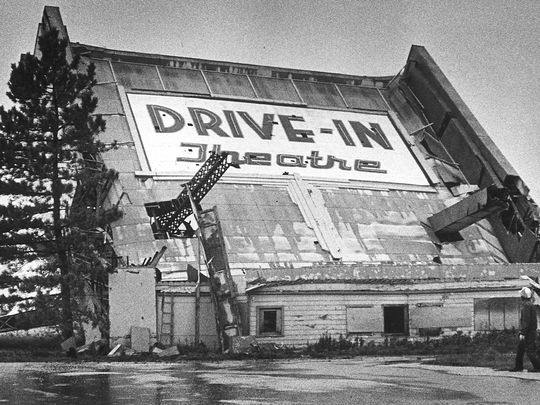 We are really appreciative for your blog section. You will find a lot of procedures in the wake of going to your post. I was unequivocally examining for. For more visit: https://www.jacketsjunction.com/product/cheerleading-glee-cheerios-varsity-jacket/

I just like the helpful info you provide on your articles. I will bookmark your weblog and test once more right here regularly. I am moderately sure I’ll be informed many new stuff proper here! Good luck for the next! 오피사이트

As you can see, there are many finest and trendy dulhan henna mehndi art and ideas to choose from. When it comes to mehndi designs for the mehandi ceremony, some brides choose classic dulhan mehndi design.

There is an address indicated at the web site but unfortunately this cope with isn’t always the one of the site as it corresponds to a florist, a variety of unreliable web sites take random addresses simply to reassure. Getting the proper university essay topic idea can show a chunk tough for each students and academics. essay topic ideas for college students should be composed in a greater technical way and as such, may be more hard to compose.