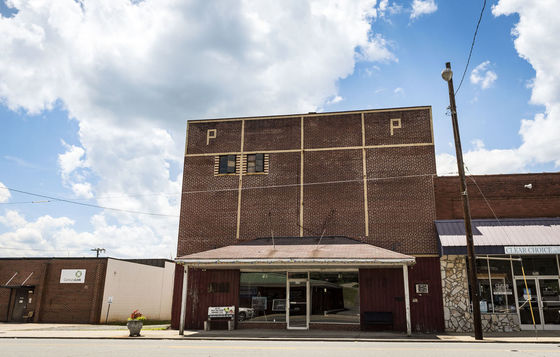 From the Winston-Salem Journal: For a generation of people in Walnut Cove, memories of spending a quarter to see a Saturday matinee at the Palmetto Theater on Main Street come alive in Technicolor.

The theater itself? It’s dusty and dilapidated and, because of renovations over the years, barely recognizable as a 1940s-era movie house.

A small group of long-time residents wants to bring the shine back to the Palmetto and in the process, inject some life into a struggling downtown that has been hit hard by shifting shopping patterns and a slow decline in the town’s population.

“The building was in bad shape, and we were sad to see some of these old buildings fall down,” said Durward Bennett, one of seven investors in the project.

The 2013 demolition of the Dodson Hotel, a few blocks from the Palmetto, stung many residents. Once an anchor of a bustling downtown, the hotel had fallen into disrepair and was deemed unsafe by inspectors.

The investors did not want to see the same fate befall the Palmetto.

Given the current shape of the Palmetto, they know it will be an endeavor of many years.

“This is not a business for us; it’s a passion,” said Kim Ferrell, one of partners in the renovation. “So many people have said, ‘We are so glad you are doing this. We need something nice to do in Walnut Cove.’”

The group would like to see the Palmetto become an events center where people could watch plays and concerts, as well as a spot where groups could hold meetings or families could have parties and receptions, Ferrell said. If the money is available, a kitchen could be added for catering.

At this point, however, the group is still trying to find funding resources and clean up the interior, which was filled with old cars and other remnants of a garage.

Although it wasn’t one of the grand movie palaces of old, with the Art Deco flourishes and Wurlitzer organ, the Palmetto did add some pizzazz to Main Street when owner Jesse Booth opened it in 1949.

The exterior included a marquee, a vertical neon sign and the letter “P” inlaid in the brick façade. The inside walls were cement block painted rose and green. Columns were painted on the cement block, a low-budget effort to mimic a look found in the Art Deco theaters that were the rage in the 1920s and 1930s.

The rise of television put an end to such lavish theater architecture, with more people choosing to stay at home than spend money at the movies.

The theater was segregated for years, and black patrons were forced to take a set of stairs attached to the outside of the building to the balcony.

But the Palmetto was the only theater in southern Stokes County for several years and remained a popular draw. Horror movies and Westerns seemed to be on heavy rotation in the early 1960s.

The offerings expanded to live concerts, and Bill Monroe and Ernest Tubb were among the musicians who played the Palmetto.

By the late 1960s, the Palmetto could no longer compete with the multi-theater complexes and closed. In the ensuing years, it was turned into a car dealership, garage and license plate branch.

At various points, the seats and stage were ripped out, the sloping floor was leveled and paved with cement and a drop ceiling was added.

All of which leaves the investors with a lot of work to do. One job seems to have been made easier. The original seats, about 140 of them, were found to be in the possession of the King VFW, which has agreed to give them back.

Some folks in Elkin had a similar notion about its historic theater, the Reeves. After years of renovations, it is about three months away from opening as an events center, café and bar, said Debbie Carson, a partner in Historic Reeves, LLC.

Despite years of work on the theater, she sees such renovations as valuable projects for small towns.

The work at the Reeves in Elkin already seems to be spurring some economic development downtown, Carson said. 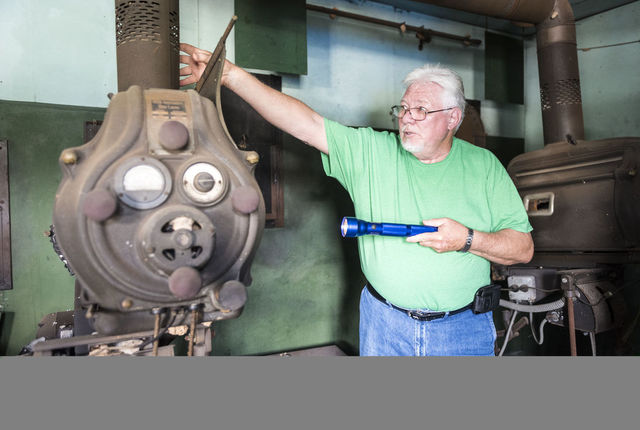 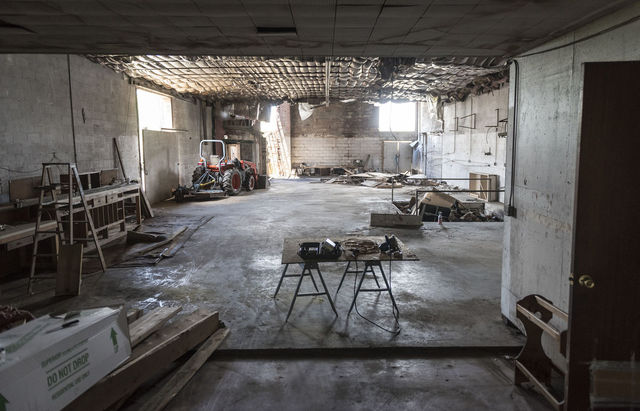 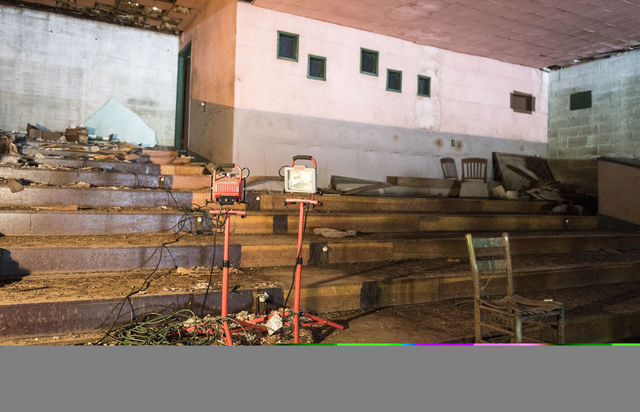 Really interesting to see this project from start to finish. A lot of work but it will great when it’s done. I love my job! Really cool you guys.

This is an amazing place to get renovated. bluon energy linkedin

I bet, that vintage projecting machine has a value already for collectors. We use to have a vintage projectors in our office removals perth satellite, and it was always a conversational piece.

I hope it will going to run soon. www.tampacopierservice.com/

I hope it will going to run soon. www.tampacopierservice.com/

Thanks for this! emergency cleaning virginia beach, va

This is really great content! Thank you for sharing this with us.

This is amazing. I hope the theater will be revived! Also, we offer 24 hour crime scene cleaning

Thank you for this post! Crawl space sewage cleanup

They are going to make awesome movie threater. Led tv repair in ktmt

Good post, thanks for sharing.. very useful for me, I will bookmark this for my future needs. I would like to thank you for the efforts you have made in writing this article and I am hoping for the same best work from you in the future as well. Escorts in Mumbai|| Borivali Escorts|| Escorts in Nashik|| Escorts in Goregaon|| Escorts Service in Navi Mumbai|| Andheri Escort

Your blog is one of the best blogs yet now for me.

A simple thank you will not suffice, given the amazing clarity and clarity in your writing. I’ll immediately grab your RSS feed so that I am updated on any new developments. Call Girl in Dewas Call Girl in Indore

You are supplying excellent content on this. Escorts Service in Mumbai Escort in Mumbai Mumbai EScorts It is extremely great for your site.

I am saying to you about your commenting. Alwarpet Call Girls || call girl in Anna Nagar || Call Girls Service in Choolai || Harrington Road Call girls || Call Girls in Egmore Something unique comment I found at this time.

Hoping for the renovation of this theatre. This is also good for singing lessons.

The theater itself? It’s dusty and dilapidated and, because of renovations over the years, barely recognizable as a 1940s-era movie house. This theatre needs restorations. pool cleaning Mornington

Your article is very good and useful, thank you for sharing, [url=https://mig8.asia]mig8[/url] hopes that next time you will have more good articles to send to all readers.

Your article is very good and useful, thank you for sharing, mig8 hopes that next time you will have more good articles to send to all readers.