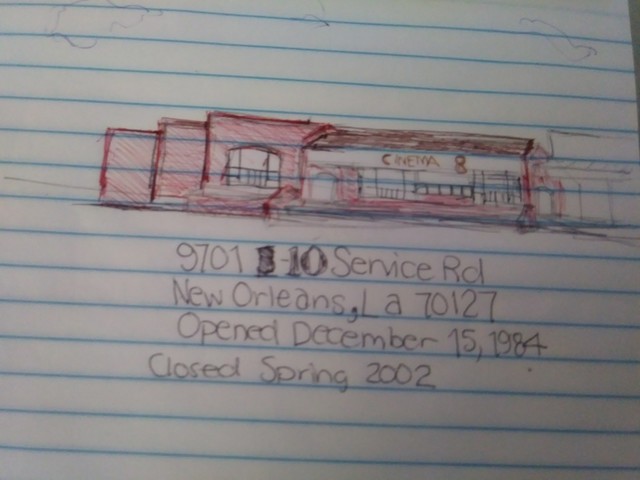 This photo is a rough stretched idea of what Eastlake Cinema 8 looked like back when it opened in December 15,1984 originally was a Gulf States Theatre until August 1 , 1986 when United Artists Theatres chain took over th operation until The Grand Thtre opened both this theatre and the Plaza Cinema 4 closed down It was a nice theatre back in the day up until they decided to close the thetre down the first movie my family and I saw there was the re release of Snow White and the Seven Dwarfs.

Billy, do you still live in New Orleans? The Prytania has a framed poster on the lobby in their lobby with pictures of a lot of old New Orleans theaters. They have a picture of the Eastlake included among them.

*I meant to say in the wall of their lobby.