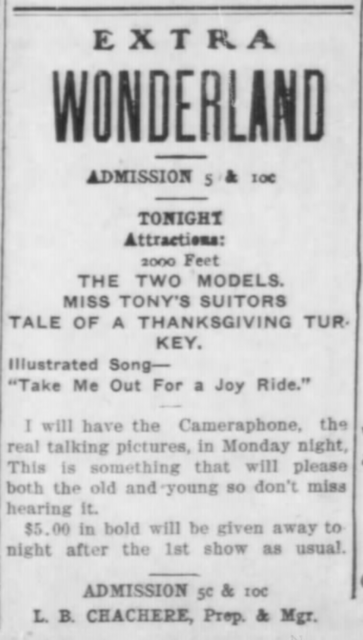 Bonus: It’s the Wonderland Theatre in Crowley circa 1909 - the first of two licensed or - perhaps - unlicensed franchised locations of Cameraphone Company. Cameraphone was the first U.S. circuit to attempt to market itself as a sound movie exhibitor. A franchisee here at the Wonderland launched in April of 1909 with a talking film. Days later, the machine was repossessed without the owner’s knowledge. Cameraphone would have a theater in Shreveport later in that same year.