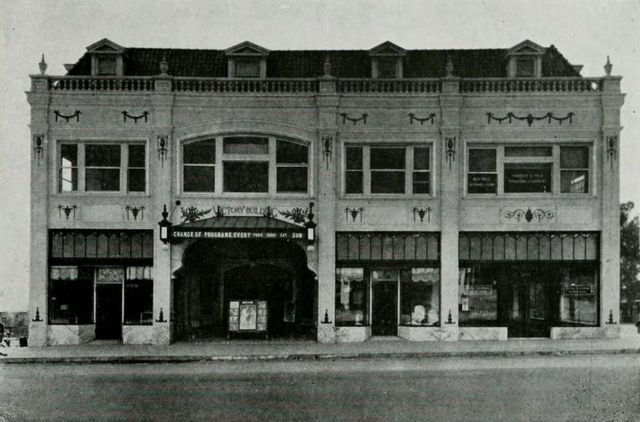 This early photo of the Victory Theatre appeared in an advertisement for the Los Angeles Pressed Brick Company, in a late 1919 issue of the trade journal The Architect & Engineer. The ad said that the building was faced with pressed brick in ivory enamel, with grey and white enamel trim. The architect of the building was H. J. Knauer.