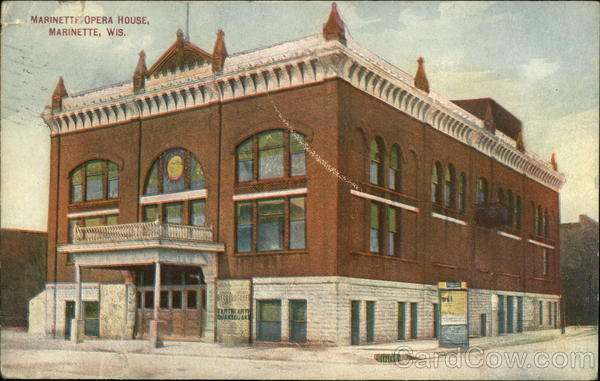 This early 20th century picture postcard of the Opera House in Marinette shows the original entrance on Stephenson Street during the period from 1891 to 1928, when it was the Turner Opera House, Scott Opera House, and Marinette Theatre. When the building was rebuilt as the Fox Theatre in 1929, the entrance was moved to the corner of the building.