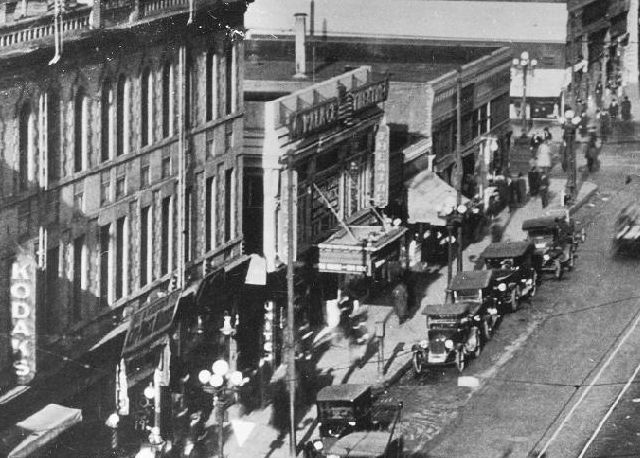 The caption should read that the theater was converted to retail space in 1921. The retailer’s lease was signed in 1920, and went into effect when the theater’s lease ended in January, 1921.