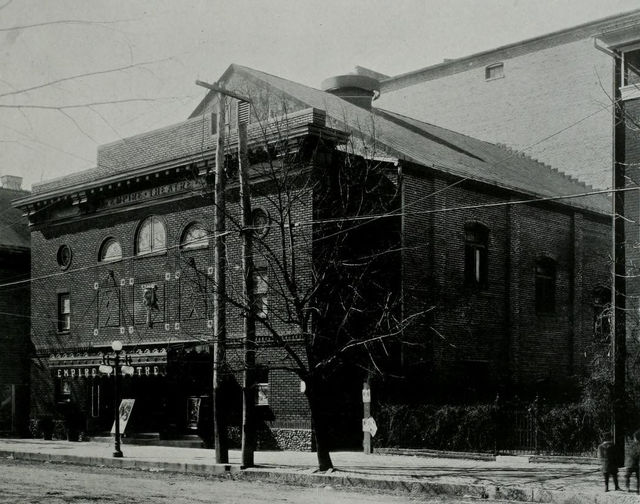 This photo from the 1910s depicts the Empire Theatre when its entrance was on Cameron Street. It was taken after the 1913 rebuilding. A later remodeling of the house as the Capitol Theatre moved the entrance to Rouss Avenue, which is off-camera to the left.