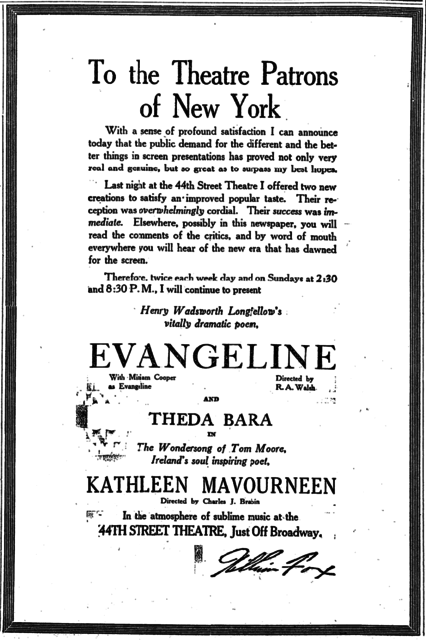 RaoulWalsh’s silent film of the Henry Wadsworth Longfellow epic poem EVANGELINE premiered at the 44th St. Theatre on Aug. 20, 1919 paired with Charles Brabin’s KATHLEEN MAVOURNEEN starring Theda Bara. It was the 4th silent version of the Longfellow poem up to that point.