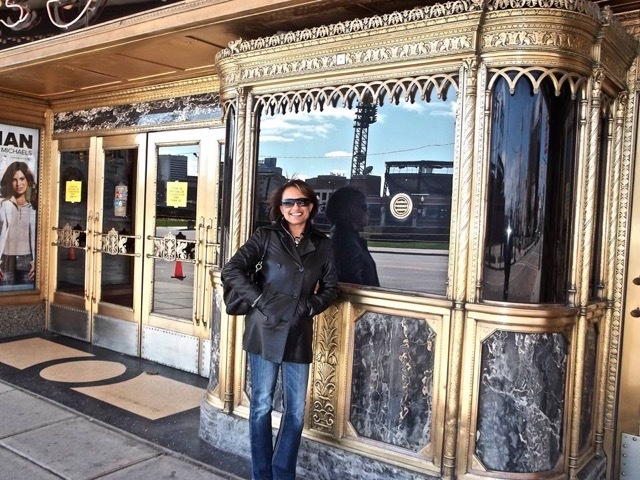 My daughter Eryka and I visited the Motor City 5 years ago to help “Uncle Bob” celebrate his 90th birthday.

After the celebrations I took Eryka on a stroll down Memory Lane to the fabulous Fox Theater where I hung out at Saturday matinees as much as my 40 cents weekly allowance would allow in the late 1950’s.

I was captivated by the elegant classic theater…the hushed lobby…and the gleaming snack bar waiting for me to buy hot buttered popcorn in those gallon buckets, gigantic Hershey bars and super Big Gulps of Coca-Cola.

Downtown Detroit was deserted and most of the stores where I had shopped were boarded up on that icy cold Saturday morning in early Spring…but thank God the fabulous Fox has been restored and remains a major entertainment venue.

The Motor City was once the industrial capital of the world but is now an urban ghost town victim of: