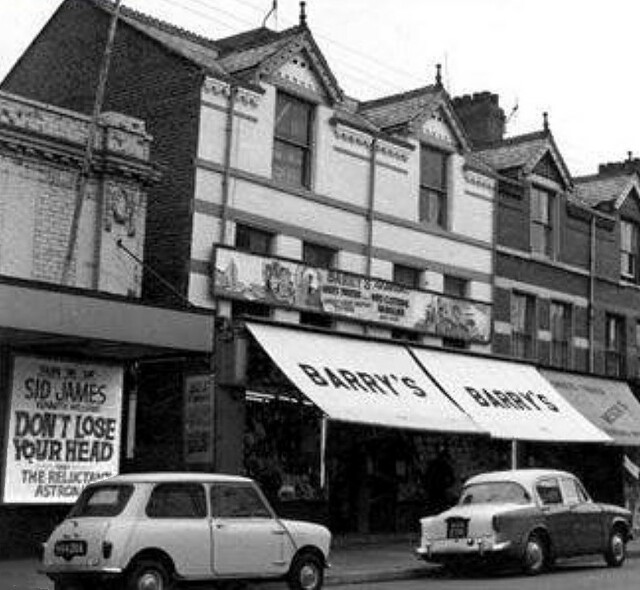 This 1967 photo shows only the extreme right hand end of The Wycliffe Cinema’s marquee. Accidentally included in a photo of Barry’s gent’s outfitters (now defunct) the poster shows the current programme as being Don’t Lose Your Head, starring Sid James and Kenneth Williams. Based, loosely, on the French revolution, this was the first of the Carry-On series produced by Rank. It was initially released without the Carry-On prefix but, due to demand, it was added shortly afterwards. The ‘B’ feature was the American film; The Reluctant Astronaut, starring comedian Don Knotts.