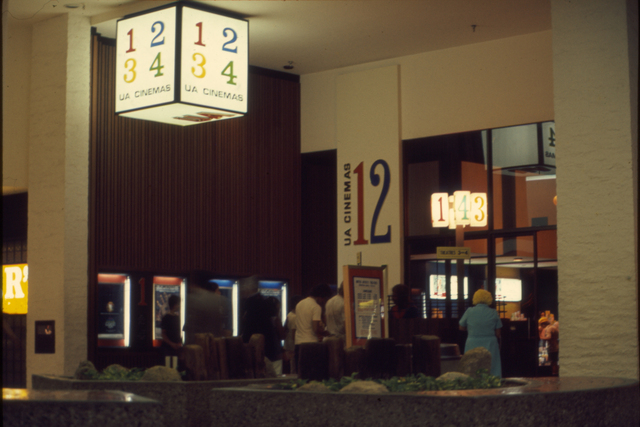 In the best sense of the word, UA Cerritos Mall was a true “grindhouse”. Every single day of the year performances typically began at just after 10:00 AM and went as late as around 10:45 PM. During the theatre’s heyday “Late Late Shows” (starting around midnight) also ran on Fridays and Saturdays.

Cult classics and genre films were not limited to the wee hours, however. Astute observers will notice that pictured above (left, background) is a one-sheet poster for MGM’s 1976 science fiction classic “Logan’s Run”. The Academy Award-winner is seen here double-billed with “Phase IV” – a forgotten sci-fi/horror B-film. Double features were a mainstay during the recessionary 1970s—one reason that the auditoriums here were accorded two poster cases each.

Photograph: Courtesy of the City of Cerritos