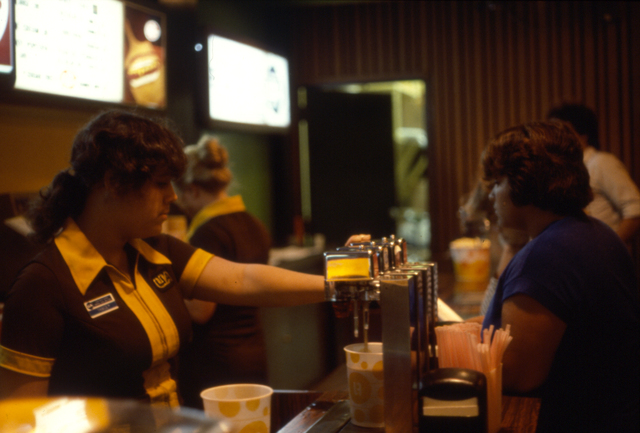 Floor staff at this time was still segregated by gender: nearly all ushers and doormen were male; box office cashiers and snack bar attendants (such as those pictured here) were typically female. As late as the 1970s “CANDY girl wanted” ads could still be seen in newspaper classifieds (Santa Ana Register, September 7, 1973). Incredibly, the term “candy girl” remained in informal/verbal use even into the late 1980s.

Photograph: Courtesy of the City of Cerritos