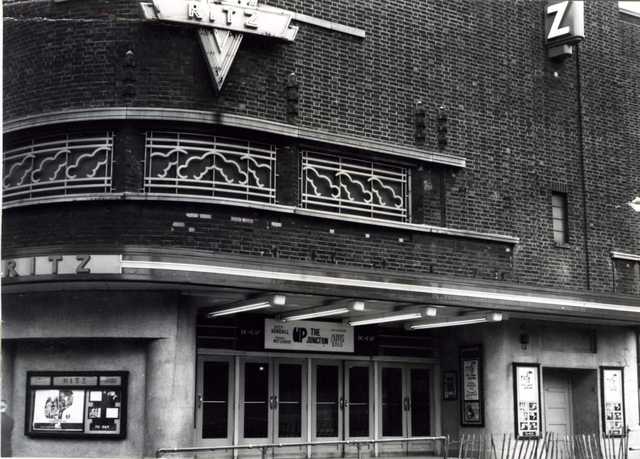 I remember passing the Ritz when its demolition was at an advanced stage and there were quads for ‘The Anniversary’ (Bette Davis) in the frames on the Front of House ; I therefore always assumed that it was the last feature shown.

According to my records taken at the time (1968), The ABC General Release of The Anniversary was 18th February, whereas the Up The Junction General Release (ABC) was 10th March.

Allen Eyles' history of ABC Cinemas lists the closing date as 18 MAY 1968, which could have put the last presentation ABC-wise as Reflections in a Golden Eye.

Please see the photo of the closed building with ‘The Anniversary’ in the quad frame. The only other explanation is that on the last night, after the publicity accessories were removed, someone placed ‘The Anniversary’ quad in the frame but I cannot imagine why………