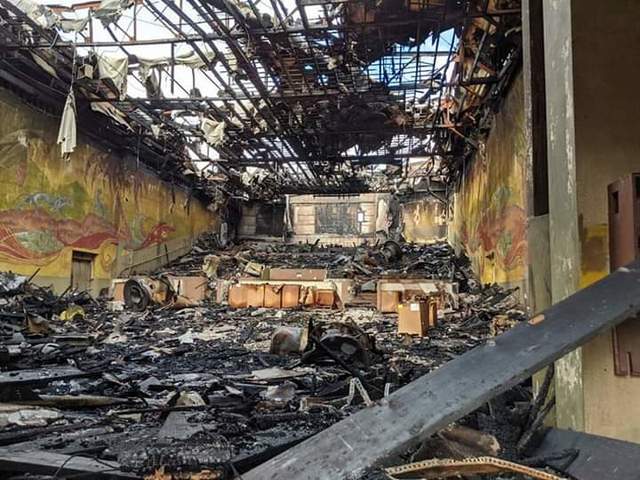 Thanks Lou, looks like the black light art on the walls still is in place, a little singed but maybe cleaned? Just needs a new roof, electric and seats. They will probably demolish the place because of the cost to replace. To think The Lorenzo Theatre has been around since 1947 and now this! Was It a insurance scam like the United California/Golden Gate Fruitvale Theatre fire in Oakland CA many years ago? The Fruitvale sat there burned out for many years before they tore her down. Let’s see what they say caused the Lorenzo Theatre fire. I know It was a left over burning cigarette past closeing in the balcony at the Fruitvale but the Lorenzo has been closed, maybe a homeless person was cooking or smoking inside. I wonder if they had a alarm system to prevent something like this disaster?