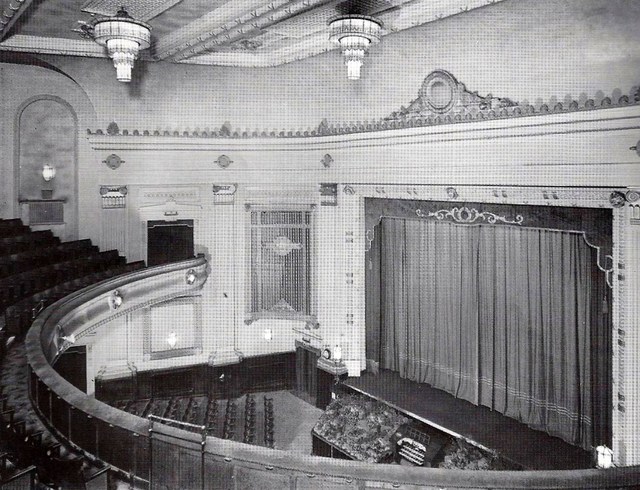 As seen on the main page, a view of the auditorium in 1937 just after Odeon’s takeover. All of the photographs on this site are from the John Maltby collection, Odeon’s in-house photographer. All were taken in that same year. It has been mentioned that it was converted into a furniture store when it closed, however only the foyer was incorporated into the shop next door. The main auditorium minus its seats became a store room with very little altered. This remained a hidden ghost theatre gem and its beauty and potential was only revealed when it was being demolished. Far too late, hopefully lessons have been learned from this.