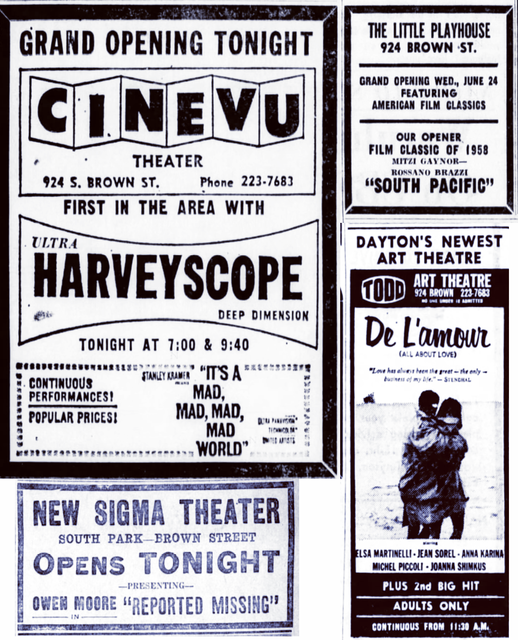 Various grand openings for this location.

-H&K Theatres Circuit took on the venue rebranding it as the Little Playhouse. The venue played repertory films beginning on June 24, 1964 with “South Pacific" at upper right.

-On February 24, 1969, Emerson Newman formerly of the Ohio Follies on Jefferson, rebranded the venue as Todd Art Theatre / Todd’s Art Theatre with “De L'Amour” and an adult second feature. At lower right.

Does anyone have photos of the HARVEYSCOPE curved screen? Was It a Cinerama® type set up and I wonder If they showed Its A Mad in 70mm here.