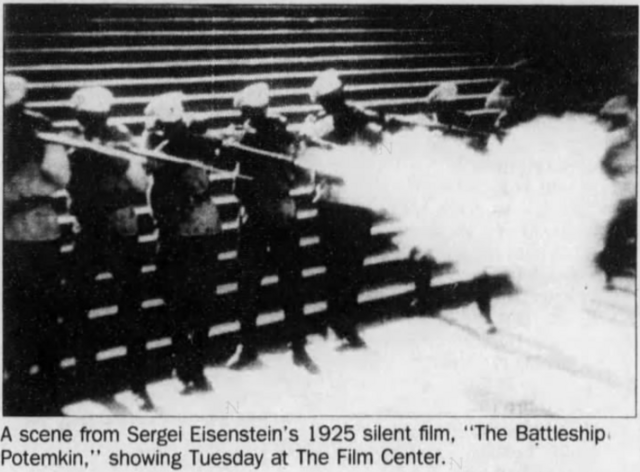 January 30, 1998 in the Chicago Tribune. Scene from the Odessa Steps sequence in the 1925 Russian film by Eisenstein. Set in 1905, it tells of the revolt of the crew of the battleship Potemkin of the Russian Navy’s Black Sea fleet against the officers of the ship, and the people of Odessa in Ukraine supporting the sailors against the murderous Tsarist militia.

It should be noted that the events of the Odessa steps were invented by Eisenstein for the film and had not actually occurred historically.

The film itself, of course, is easily available on video formats.