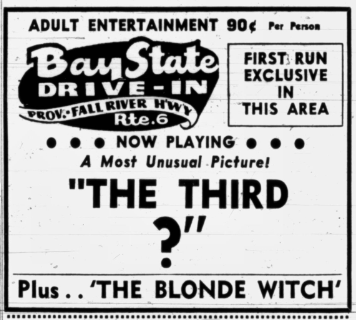 September 25, 1959. The German film’s title was “The Third SEX.” The Pawtucket Times nixed the word “sex” in its ads. It was about homosexuality in Adenauer’s Germany. The movie was a rare critique of homophobia for its time.

The film can be watched on You Tube, complete, dubbed in English.