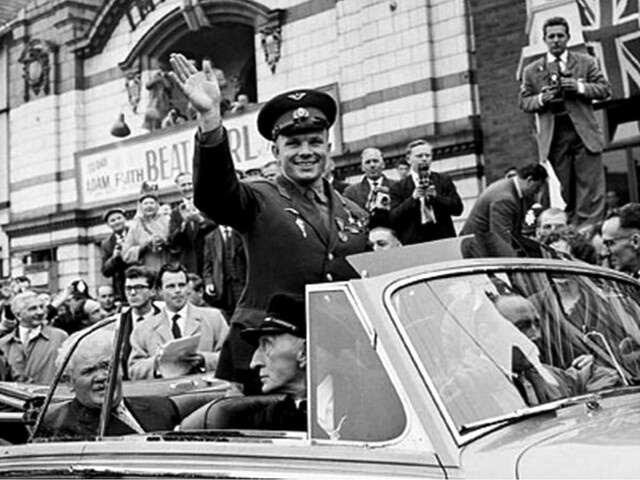 12th July, 1961. During the visit to Manchester by cosmonaut Yuri Gagarin, as a guest of the Amalgamated Union of Foundry Workers. Yuri, in chauffeured Rolls Royce, passes The Imperial Cinema, which is advertising the teen exploitation film ‘Beat Girl’ starring Adam Faith and Gillian Hills.