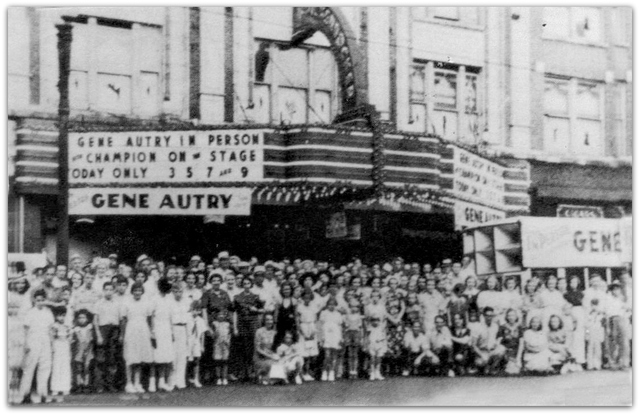 This is not Cleveland but Columbus, Ohio. The downtown Knickerbocker at 250 S. High opened in 1916. The movie theater became a burlesque house on Nov. 22, 1946 called (in ads) Gayety Burlesk, closing Feb. 13, 1958. The auditorium was demolished in 1960 and the façade in 1980. A massive shopping mall called City Center encompassing the block opened in 1989 and was itself demolished in 2009.

This photo is of the Knickerbocker Theatre in Columbus OH