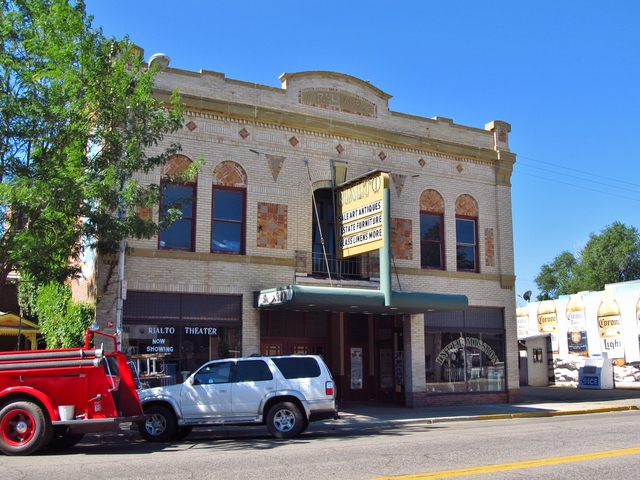 I grew up in Florence and it is defiantly West main.

This is NOT the OFFICAL website for the Rialto Theater. Go to http://therialtotheater.org for the offical site. Lots of excellent information there and will soon be brought up to date as to their progress. The address on the site IS CORRECT and the Google map of this site is a joke. I’ve found most Google maps to be a joke.

Boxoffice, April 18, 1966: “FLORENCE, COLO. – The Rialto Theatre, which endured six long, cold years of darkness and silence, has now been in operation again for more than a month under the able direction of Harold Andrews. … the Rialto in Florence had encountered hard times after being operated from 1916 on by the McCormick family. Finally, in 1959, after trying running the Rialto on weekends only, Harold McCormick closed the doors permanently … before giving it up to Everett Cole … Early this year, Andrews leased the theatre from Cole … and began remodeling for the March 5 reopening.”