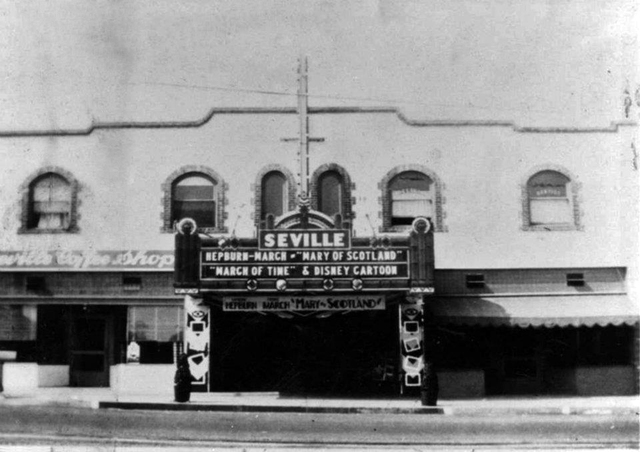 The Seville opened in 1927, the earlier of two movie houses located along Chula Vista’s Third Avenue (the second, the Vogue, opened in 1945). The Seville remained in operation until 1955.

It was demolished in the early 60s, replaced by an office building which still stands on the site.

Here is an undated photo from the Chula Vista library:
http://tinyurl.com/kjwqu

Albert Keogh and his sister, Mrs. Frank Kemp, have sold the Hillcrest Theater in San Diego to a partnership. Keogh plans to move to Phoenix, AZ.

In August Keogh and his sister disposed of their two other houses, the Seville in Chula Vista and the La Paloma in Encinitas. They retain ownership of the buildings in which the theaters are housed.