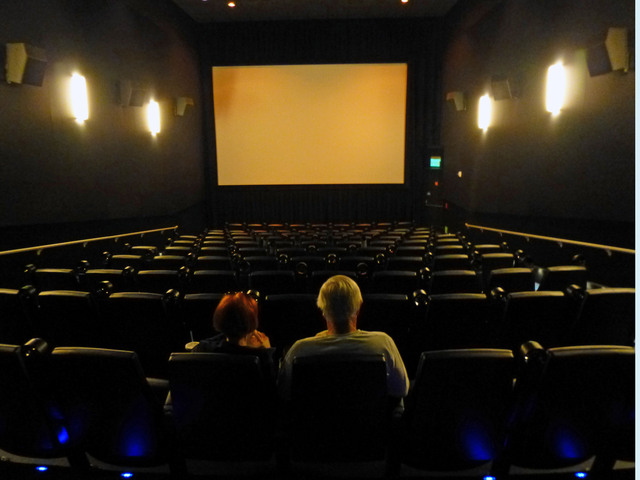 April 2014 photo. Auditorium #3. I was surprised to see the lack of black masking on the screens for the different aspect ratios. At these premium prices I would sort of expect that feature. Curtains would of course be even more preferable but with that damn pre-show “entertainment” which Landmark apparently now endorses I guess you’d never see the curtains closed!