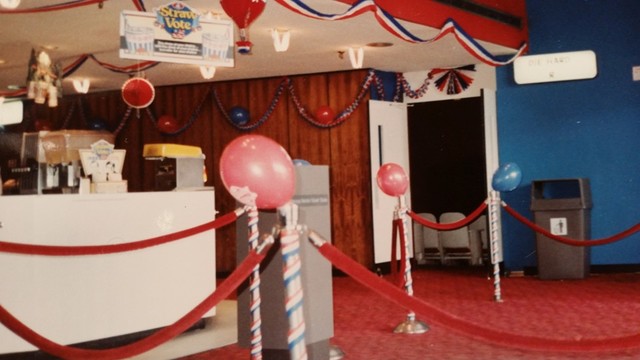 I started working at this Cinema back in January 1983 – I was a great job and was promoted to Chief of Staff and then Assistant Manager before being transferred around the division to work at Northshore, Chestnut Hill, Shoppers World as well as helping out when others took vacations at Saugus and Waltham.

I was promoted to Manager of Northshore I-III in 1986 and then manager of Burlington Mall I-IV in 1987 before leaving the company in October of 1988.

It performed well if we had popular movies but we often got scraps because of the large Showcase Cinema in Woburn and the entire Cinema only had 991 seats – Cinema I and II were interlocked (we could play the same print on 2 screens) as well as Cinema III and IV if we had a very popular film. The lobby was very small and could only hold around 40 people before spilling out into the exterior boxoffice area and on very busy nights, out into the street.

This cinema was open when the mall was a single level. Food court is on level 2 The spot where the cinema was is currently vacant