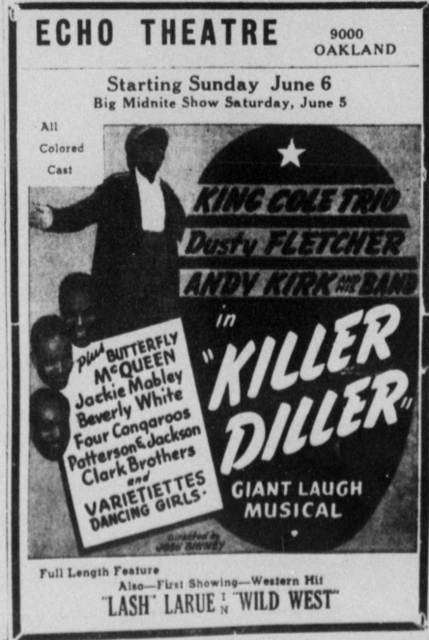 The Academie Theatre was a silent-era theatre that opened in 1923. In 1934 it was renamed Echo Theatre catering for African-American audiences. It was closed on November 13, 1952

Seating for this theatre is shown as 342; 356; and 372. The larger number is the earliest number given. Perhaps some seats were removed over time.

There is some information about the bar on the internet as it is considered somewhat of a historic site in Detroit.

The Robbins owned theater opened in an existing retail building in 1923 as Theatre Academie. It became the Echo Theatre in 1934 largely serving African American audiences. In 1940, it became an African American only cinema. In the early 1950s, it was open to all audiences until closing on November 13, 1952 likely at the end of a 30-year leasing period.