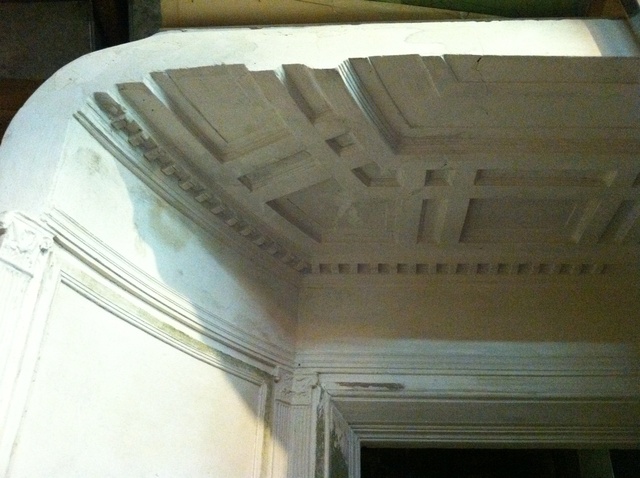 The Rosedale Theater, located on Woodward Avenue near Rosedale Court, opened in 1915. It was designed by architect William B. Stratton, who had also designed the Jewel Theater on Gratiot Avenue a year earlier. The 965-seat movie house lasted until 1954, and has since been razed.

According to this site, the building was used as a church for a while:
http://tinyurl.com/5tc7x9

I was lucky enough to have permission to salvage some artifacts from the building before it was destroyed, and found some very interesting things in the space above the auditorium… A hand-cast plaster model of the proscenium, showing options for plaster detailing; a very early Mack Sennett silent movie poster in good condition; a 1914 newspaper up in the elevator penthouse; and numerous beautiful plaster architectural details. I still have some things in my collection… It was relatively simple in ornamentation, but had a really beautiful proscenium arch with a large French-style cartouche sporting an “R” in the center over the stage… It also had two beautiful maiden heads at the center of the two smaller side arches. I treasure the one that I rescued, but the other was badly water damaged and destroyed. It also still had the original projectors in the projection room, and had a 1940’s era RCA Theater Sound cabinet in there too. I sure wish I would’ve gotten the projectors, even though they were pretty crusty!