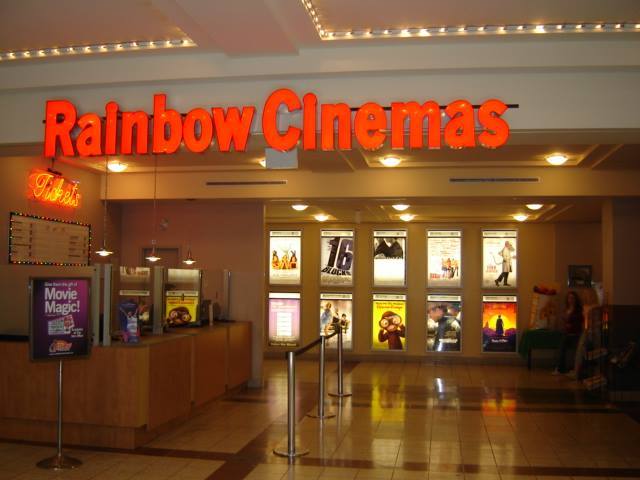 This opened as a twin and renovated into a 5-plex. Grand opening ads are uploaded here.

This opened on October 10th, 1968. The grand opening ad below 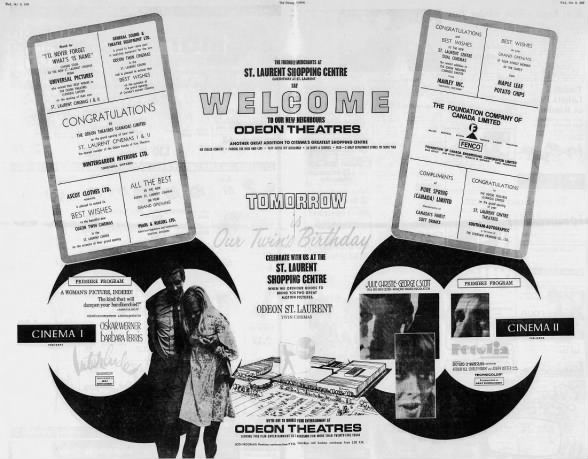 The twin first opened with Interlude and Petulia as its opening films. When Cineplex Odeon expanded it to five screens on Christmas Day 1991, its opening films were The Prince of Tides, For the Boys, An American Tail: Fievel Goes West, Cape Fear, and My Girl. Cineplex Odeon closed it on February 15, 2001, with its final films being Seducing Maarya, Shadow of the Vampire, Billy Elliot, Sugar and Spice, and Vertical Limit. Rainbow Cinemas then re-opened the complex with January 28 and 29, 2005, as “Free Movie Days” with Spider-Man 2, The Notebook, Team America: World Police, Shall We Dance, The Grudge, Shrek 2, and Alfie. On January 31, 2005, the cinema formally opened with The Polar Express, Alexander, The SpongeBob SquarePants Movie, Blade: Trinity, Bridget Jones: The Edge of Reason, Lemony Snicket’s A Series of Unfortunate Events, Shark Tale, and Ladder 49.