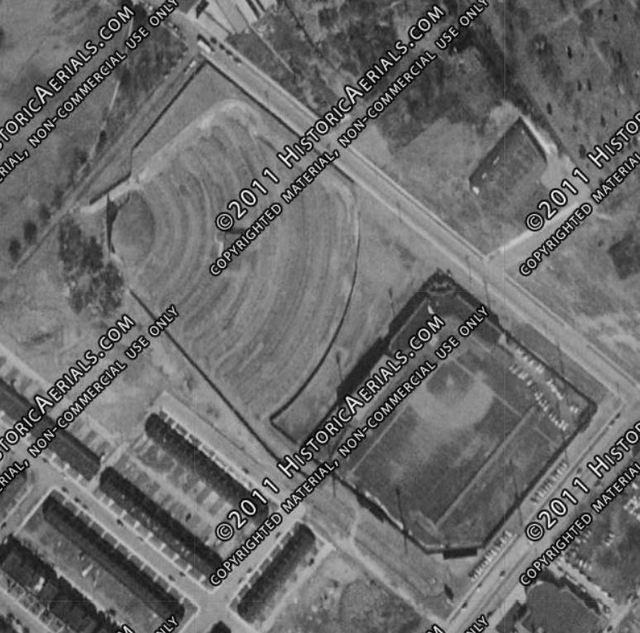 The Kerry Drive-In opened May 25, 1951 with Deborah Kerr & Stewart Granger in “King Solomon’s Mines”. It had a capacity for 525 cars. This drive-in closed on November 27, 1961 with Frank Sinatra in “Oceans 11” & “Attack of the Jungle Women” and has been demolished.

This Drive-in was owned in the late fifties by William B.Russell.

Across from Wilmington Airport. Opened 1951 Closed 1961, Torn Down 1962. The Kerry DI was the last motion picture theater to be built in the Wilmington city limits. It was located at 28th Street and Governor Printz Boulevard, next to the ballpark that had been built for the Wilmington Blue Rocks. The Kerry opened on May 25th, 1951, with King Solomon’s Mines. The lot covered seven acres, and it could hold 526 cars. The theater was doomed when the Blue Rocks folded, and the theater was torn down along with the stadium in 1962. The final attraction was Oceans 11 and Jungle Attack on November 27, 1961.

This opened on May 25th, 1951. Grand opening ad in photo section. Another theatre opened in Wilmington on December 13th, 2013.