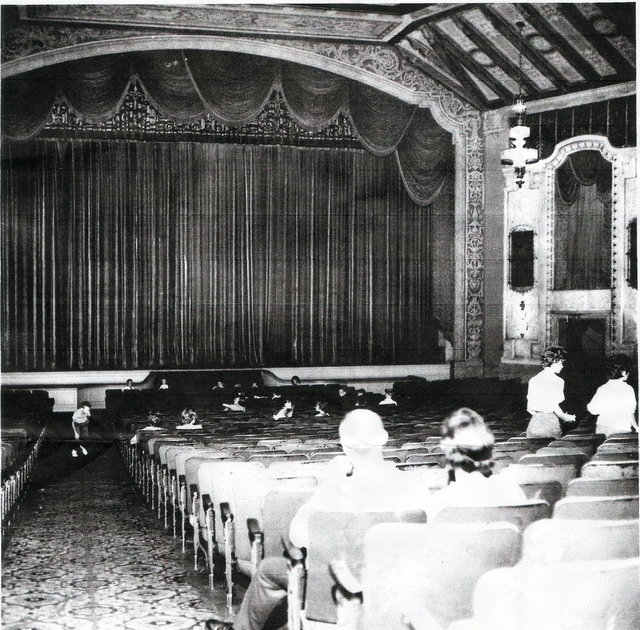 The Paramount Theatre opened on April 13, 1931 and was demolished in 1963 for a city parking lot. It was somewhat similar to the Paramount in Peekskill, New York with a half-timbered exterior and an Art Deco style interior.

The Paramount was a beautiful theater. It closed in 1963. I recall seeing equipment, etc on the sidewalk outside during the summer of 63 as they were gutting it. The excuse at the time was that it cost too much to AC the place. It’s a parking lot now. I don’t think anything was ever built there after it was razed. El Cid was the last movie I saw there circa Nov. 1962.

A painting of the vanished Paramount Theater can be seen here.

The Paramount is at right in this 1962 photo. The building housing Doan’s Ace Hardware is still standing, but has been stripped of its modern front, revealing what remains of the much older facade beneath.